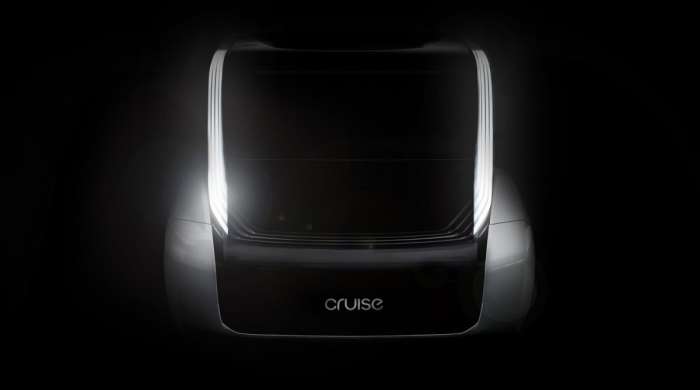 General Motors and Honda announced jointly this week that Honda is investing $2.75 billion in Cruise and GM's autonomous vehicle program to develop an autonomous vehicle. We look at why this tie-up makes perfect sense.
Advertisement

For a company like Honda that is lagging in autonomous development, it makes sense to join with a leader. General Motors has been leading the way in testing of autonomous vehicles and is already running autonomous vehicles in real world testing in Detroit and in other areas. Just this week, Consumer Reports ranked General Motors’ Super Cruise system, that is only available on the Cadillac CT6, ahead of the Tesla autopilot system. Tesla may be getting most of the attention from the press, but General Motors is making huge progress. Consumer Reports tested the systems on several different areas, Capability and Performance, Ease of Use, Clear When Safe To Use, Keeping Driver Engaged, and Unresponsive Driver, and found that Super Cruise performed the best. It is clear that GM’s billions of dollars in investment and significant testing are paying off.

This week, Ford called on all of the companies to establish a common language for all of the automakers to use going forward. “Today, we’re calling on all self-driving vehicle developers, automakers and technology companies who are committed to deploying SAE level-4 vehicles — and believe these vehicles should communicate intent — to join us and share ideas to create an industry standard for communicating driving intent, whether it be driving, yielding or accelerating from a stop. The work we’ve already done is now open to others through a memorandum of understanding that is intended make it easy for us all to work together.” In other words, pick a direction and set up groundwork that they can all work within.

General Motors may be so far ahead that the other companies will have to follow their lead when devising industry standards. Rather than start from ground zero, Honda can quickly work within GM’s parameters.

The numbers we are talking about are huge. With Honda’s recent investment, Cruise is valued at $14.6 billion. That certainly makes Cruise and General Motors the big dog in the autonomous vehicle development arena. That doesn’t mean that an upstart can’t have a brilliant idea, but it does put the automaker out in front.

General Motors and Honda have worked together before. Both GM and Honda executives referred to their joint work on electric vehicles when announcing the autonomous investment.

“This is the logical next step in General Motors and Honda’s relationship, given our joint work on electric vehicles, and our close integration with Cruise,” said General Motors Chairman and CEO Mary Barra. “Together, we can provide Cruise with the world’s best design, engineering and manufacturing expertise, and global reach to establish them as the leader in autonomous vehicle technology – while they move to deploy self-driving vehicles at scale.”

“Honda chose to collaborate with Cruise and General Motors based on their leadership in autonomous and electric vehicle technology and our shared vision of a zero-emissions and zero-collision world,” said Honda Executive Vice President and Representative Director COO Seiji Kuraishi. “We will complement their strengths through our expertise in space efficiency and design to develop the most desirable and effective shared autonomous vehicle.”