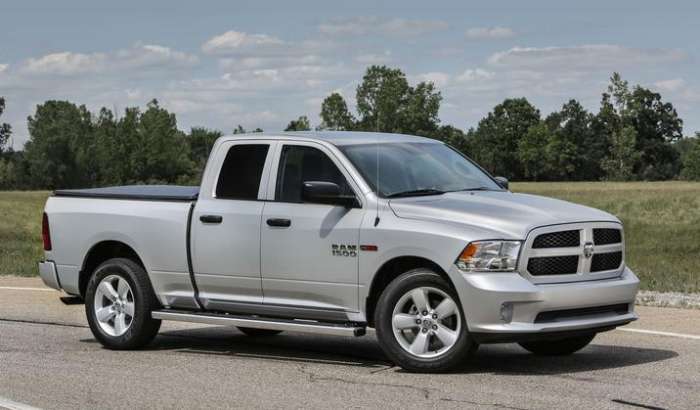 The owner of a 2016 Ram 1500 is concerned because his fuel sensor light came on unexpectedly. Members of a truck forum point out that this problem is happening quite frequently.
Advertisement

There is nothing more worrisome than the thought of being stranded in the middle of nowhere with vehicle trouble. That was the cloud hanging over the head of a 2016 Ram 1500 owner. Mollie, from Arizona, told members of a Ram truck forum, “I have a 2016 Ram 1500 Longhorn and tonight I filled the tank and about 100 miles later the engine light came on (solid) and the fuel gauge went to empty and the fuel range went to low fuel. Called Ram customer care and a case was opened and they suggested I get hold of the dealer. I will contact the dealer but I'm 60 miles from the dealer and I'm concerned if I can drive that far with these warning indicators. Any else have this problem?”

Most of us have learned over the last few years that a “check engine” light can mean bad gas, but a solid engine light is a different animal and no one wants to do long term damage to a vehicle. Plus, having the fuel gauge drop would suggest a major leak and the possibility of a fire.

Service department admits this is a known complaint

Fastback says it happened to him, in Texas, repeatedly. “I had that happen intermittently for months. Finally they filed a STAR case on it, and eventually the fuel pump was replaced. I haven't seen the issue since.”

Marsh had it happen, in Long Island, as well! “I had the same issue, turned out to be the fuel sensor, dealer replaced and corrected the issue.”

Replacing the sensor is expensive

Mollie told members of the group that his dealer appears to have solved the problem. “The dealer removed the fuel tank and replaced the fuel pump assembly, all is well now just hope that I have no more fuel pump issues.”

Mollie is lucky that his vehicle was still under warranty and they fixed the problem. Most people don’t know that most of the fuel sensors are now part of the fuel pump assembly, so to fix a problem like this they have to change the fuel pump. That means they have to drain the fuel tank, remove it and switch out the fuel pump. It takes almost a whole day and can run close to a thousand dollars. So if you start to develop problems try to have it taken care of under warranty, waiting can cost you a bundle. I have not seen many complaints from other Ram model years, but if you own a 2016 Ram 1500, it is good to be aware.

LG's New EV Battery Plant Is a Welcome News for Tesla
Tesla Giga Berlin's New Hurdle: It's Not Only the Gov't, but Now Tesla Itself
END_OF_DOCUMENT_TOKEN_TO_BE_REPLACED