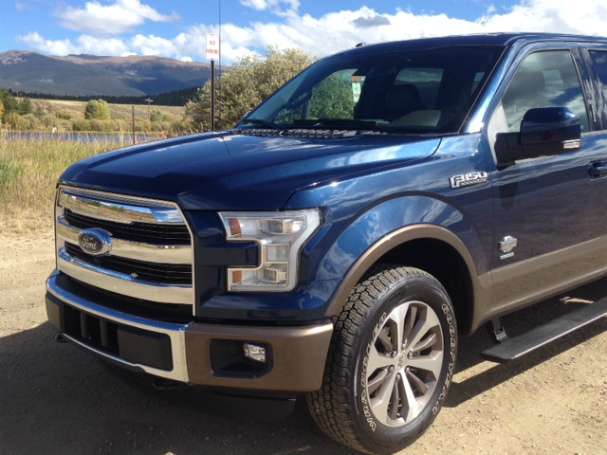 Should you retune your Ford F-150 for winter gas?

With the colder weather quickly approaching, a guy who describes himself as an Ecoboost veteran asks the question about returning his Ford F-150 for the winter grade of gasoline. He says, in Minnesota, he gets terrible mileage in the winter.
Advertisement

The driver we'll call King says,“I currently run a 91 performance tune through Unleashed during the summer months. But when it gets to this time of year, I go back to the stock tune because winter gas is on its way. What do you guys do during winter months? Switch tunes, go stock, ???? The stock tune takes the fun out of driving.”

Not everyone realizes that the gasoline producers make different grades for different times of year. That’s why you frequently hear about changes in gas prices, because the producers are switching to different grades of fuel. Also, prices change because producers divert some of the oil to use for home heating oil.

A truck fan named Miles, from Nebraska, quickly responds that “I run my 87 tune...which is set up for 87 octane winter gas. Still safer than the stock tune.”

An Ecoboost owner named Marvin says he loves his tune for 91 octane in the summer, but he has asked his expert to make him something for the winter months. “I asked him to do up a winter tune that would solve the lean running issues but retain the tip-in, transmission tweaks, and other goodies. I now have it but have not installed it. He charges $75 for a tune.”

Mike from Alabama says he has found a formula that works well for him. “Yeah I'll be switching over to my 89 perf/tow tune while still running 93 Chevron fuel through the winter vs. sticking with my 93 perf tune.”

A 2013 Ford F-150 driver suggests adding a little E85 to the mix to keep your engine running better. “It'll definitely help, that's what I do, even when it's not winter blend. About 4 gallons of e85 and the rest of my 36 gallon tank 91(highest octane I can get).”
The difference between summer and winter gas is that the winter blend has a slighter higher butane content which evaporates quicker. It typical reduces the mileage but the octane is still listed as the same.

Mike from Alabama adds, “By adding that butane, keeping the ethanol constant, and lowering the gasoline, you just lowered your overall energy content of the fuel because the BTUs are the same for a gallon of 87 and a gallon of 93. If you try to run a 93 tune designed for the energy content of a summer 93 blend, you may very well find yourself facing more knock and timing being pulled. That's why we're all saying when the winter fuels arrive (which they likely already have in some spots) that it's smart to play towards the side of caution and run a more conservative tune.”

It is important to point out that oil companies produce different blends for different states, depending on local regulations. If you find your engine knocking or your truck not accelerating as well as you like, you may want to consider having your engine retuned or play with your octane mix to get your Ford F-150 running better. The same is true for most other trucks and larger vehicles.

Steve wrote on October 24, 2016 - 6:17pm Permalink
Just an FYI: custom ECU tunes void the warranty and for good reason, someone that doesn't know what they are doing can easily destroy the engine within one tank of gas. The ECU's are now written to track every change made, Ford can tell if it's been modified even once. You see people whine that their EB engine just quit on them, Ford isn't helping... well this is what happened, someone made a bonehead change to the ECU and burned out pistons, valves, etc and when Ford checked the ECU they find it's been updated and they don't have a record they did it, so you're about to pay near $10k to have the engine rebuilt. Best case a retune nets $100 in gas savings over the stock tune, not worth the risk IMO.
Mary Conway wrote on October 26, 2016 - 9:33pm Permalink
Thanks for the warning. That is important for people to know!