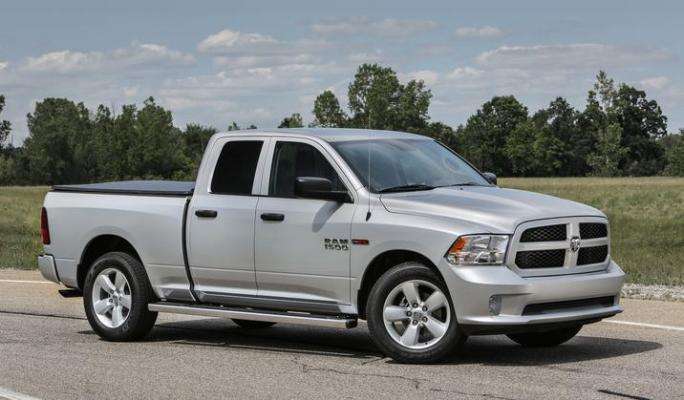 The owner of a 2016 Ram 1500 is lost over why car companies insist on making things so complicated!
Advertisement

This is a common complaint about a number of navigation systems. Red, from Texas, says the NAV system in his 2016 Ram 1500 is terribly unreliable. Red says “Does anyone else have problems with the Nav system? To me, it's completely unreliable, will put me on toll roads when told not to, misses turns(!), gives incorrect distances to turns, and generally is a very poor substitute for even the google maps app on my phone! I'd like to use it, since it has a nice large screen, beats looking down at the phone, but I can't trust it to get me where I'm going. Makes me wonder why FCA thought they had to re-invent something that other folks already have perfected!”

Internal GPS is often way off the mark

Sanda, from Colorado, says he understands completely. “After 2 years of problems you just described and gave up on it and now use my Tom Tom.”

Johnny, from Northern California, agrees. “Mine has ok days and bad days. My phone never has a bad day, it's pretty sad when a 4 year old smart phone has better GPS function than a new truck!”

Yankee, who is a frequent poster, dearly loves the Ram brand. He admits that he has huge problems with the NAV system. “My 2016 with the RA4 8.4Nav is worse than i thought after my last cross country trip.
About 10 days ago I was almost in Blythe California on the Colorado River, my Nav read that i was near San Diego near the International Border with Mexico.That is over a 200 mile difference, so i shut it off.
Then on the return trip we were traveling by a different route & i tried it again, it wanted to route me from Dayton Ohio to San Diego, that is about a 2000 mile mistake! Some how the GPS can't find my Ram !!”

Red was relieved to find out that he isn’t alone but frustrated at the same time. “Dang, and here I thought I was the only one.Funny thing is, up til a couple years ago I worked at Chrysler in Auburn Hills, regularly drove Ram trucks in my work as a development engineer, and the nav system worked fine - I guess it does Detroit area only! Not surprising considering the regional myopia of my fellow engineers, many of whom had not the slightest idea of how those of us out here in the real world use a truck.”

One owner with a 2017 Ram 3500 says he has given up on the NAV system. “All my 8.4 Navs sucked, but they come with the truck. When I'm towing I use my iPad mini or phone. I got tired of towing a camper down dead ends or discontinued roads.”

Several other owners say that their navigation systems work great and they recommend that Red take his in to service and have it fixed. A guy, who calls himself Daddy, says they may have to replace the whole system but it should work. “My 2013 1500 4x4 had this problem when I first got it and it took replacing ALL the parts for the radio module and ant on the back of the cab 3 times to get it to work correctly. I'm in McKinney, TX down the road from you and I took mine to Frisco Dodge on 121 and Preston. My 2016 hasn't had any problem with the nav yet. Give them a shout and see if they can get you taken care of.”

Jake says he would gladly pay to upgrade the system if they could just make his work properly. “I find this thread soothing. Now that I understand my 8.4's shortcomings and what to expect, driving my FCA product has become a little less stressful.”

Mac, from Boston, agrees that something may be wrong with Red’s NAV unit. “Mine works great never had a problem. Very accurate. Haven't updated the map and haven't been on any roads the Nav doesn't recognize. Great system for me anyway.”

Racer, also in Texas, is furious with the NAV in his brand new Ram. “I HATE the 8.4 nav in my new 2017 Ram. I had the Nav in my 2009 and it was light years ahead of this system. I just about refuse to use it , from late information on turns to colors that are hard to see, delayed to no traffic updates as well as the traffic speed indications just plain suck. The system in the 2009was a simple green, yellow, red for traffic speed on highways and was clear and easy to see even with the smaller screen. This screen while bigger has much worse information and the traffic rating I've only seen a thin red line when the traffic is slow and you really have to look to see it. The old one used a thick red line and you could clearly see the traffic speed with it. I'd rather use the Waze application on my google smartphone. Besides it has traffic, alerts and police notifications from other users and it's 4G/LTS data speeds compared to the old and slow 3g in the factory system. How outdated can they be?”

It sounds like many of the owners are turning to alternate navigation units for better results. Several recommended Tom Tom and Garmin as well as phone apps like WAZE and Google maps. It is unfortunate to have a huge screen that should work but doesn’t. I would recommend trying to have it serviced before giving up.

Per Birdsall wrote on December 19, 2019 - 1:47pm Permalink
Bought a 2013 Ram 2500 last year. Nav had been unlocked but was in need of an update. The update was the worst purchase I’ve made in a long time. The map itself seemed up to date but other data seemed lacking accuracy such as speed limits etc. The previous comments seem to bring to light that hardware problems do exist but that is no excuse for “Here” to completely fail to respond to my inquiries. I personally will never waste my $ again on any built in nav when better separate lifetime map units exist.
Mike Terry wrote on May 13, 2020 - 8:47pm Permalink
The navigation engine in my 2020 RAM seems to be a foreign system. The engine in my 2016 RAM looked and felt like a Garman. It does not recognize Interstate highways but will take you on the shortest route. The navigation engine only recognizes "expressways". On a 300 mile trip it will route you off the Interstate even if it saves you only a mile. Endless you enjoy driving cross country this system is useless.
Tom wrote on February 26, 2021 - 6:06pm Permalink
the nav in my 2017 RAM has suddenly started giving bad directions and locations. It seems to be oriented about 1/2 mile west of where ever I am. I've also had problems with the cruise control, and back up camera harness. Cruise control responds to a karate chop on the steering wheel and periodically I have jiggle the wire harness for the back up camera. Why hasn't Chrysler done a recall on these vehicles? If anyone knows whats up with Nav, please let me know