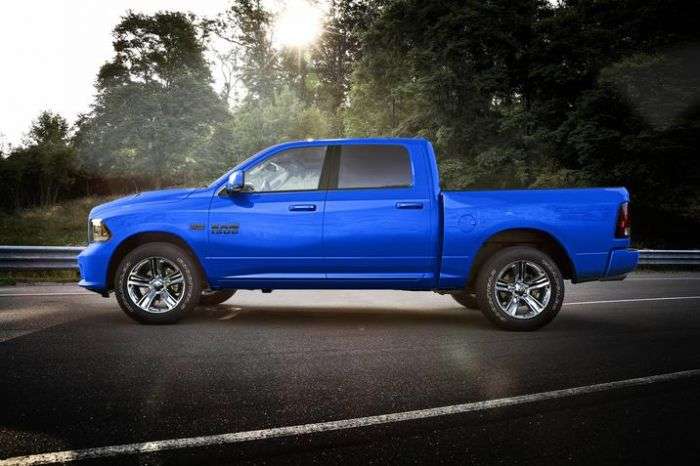 What is the best way to protect the bed on your brand new 2018 Ram 1500? Owners discuss the most popular options.
Advertisement

There is nothing worse than the first scratch on any type of brand new vehicle. The new owner of a 2018 Ram 1500 wants to make sure that his truck bed is protected for any damage. He reaches out to members of a popular forum to ask for recommendations. OC, from New York, asks other owners about their experience with the liners. “Rhino lining is probably the most common and from what I've seen average cost is around $500 to get a truck done. LineX is probably the most expensive. The closest place to me is over an hour ride away to have it done. I know a place in the area that does the Raptor liner and it isn't too expensive, but was wondering if anyone has done it and if they would use it again.”

Canoe, from Pennsylvania, has already made his decision. “I don't really have first-hand experience, but I'm getting a LineX in 10 days. Price quoted is $549 for the "standard" LineX coating, 6.4' Rambox bed. There's actually a little more prep time/work for the Rambox bed.”

Make Sure It is Applied Correctly

Maddog, from Oregon, says the success of the liner depends on who is applying it. “I've had Rhino lining installed in three trucks. Never had a problem with it. Of course, quality of a spray in bedliner depends a lot on the installer's ability to prep and apply the coating properly.”

That is something you will hear again and again. A successful outcome depends on the prep work going into the application. That appears to make or break how well the liner fares over time.

Dek, from Phoenix, suggests that OC try to negotiate a better price for the product he wants. “I haggle on everything. I talked a local dealer down to 400 after tax on a Linex with the protective UV coating. I would just shop around. The profit margin on the bed liners is pretty good and they have room to work.”

Purple is a diehard fan. “Line X user here. Can’t beat the lifetime warranty I think I paid around $450 for the premium.”

Gix says that there are distinct differences in the different products. “I have line x. When I researched between rhino lining and line x, the difference was that rhino is softer. You could puncture through it with a shovel or something sharp. Line x is very hard and you can’t do that. This was explained to me by each dealer. My line x came with lifetime warranty and still looks great after a couple years. Either way both are great.”

Lee, from Canada, has a great recommendation. “My brother has lineX on his. He does scrap metal recycling with it, always throwing washers and dryers etc. After 2 years still looks great.” Hard to beat that kind of endorsement.

BW has an observation about how the products are applied. “The best liners are the ones applied hot. Better adhesion and harder product. Rhino has their toughliner which is softer and grippier, but not as tough and their solarmax which is similar to the line X. If the raptor isn't a hot spray I would spend the extra on one of the other 2.”

Scott says that the LineX lasts well. “Had a LineX with the UV additive installed on my 2007 Ram when I bought it new. Sales pitch was that it would stay black and not fade. 11 years later it is still black, even on the top of the bed that gets the most exposure to the sun, and has no holes, or worn spots anywhere. It doesn't look brand new but it still looks close. I am having a LineX installed on my 2014 as soon as I get time to part with it for half a day.”

Team is very happy with his Rhino hybrid liner. “I had the new rhino hybrid liner sprayed in .. almost as tough as thier hardline and almost as grippy as the original tough grip .. kinda the best of both worlds. I payed 449 +tax in Indiana last month.”

Covering up Problems in the Truck Bed

Buster, from Detroit, has a question about covering up imperfections in the truck bed. “I'm ready to pull the trigger on a Line-x liner soon. I'm curious, though, about how much it covers imperfections and small screw holes. I have about six 3/16 inch screw holes for some garbage tailgate ladder I mounted and removed after I discovered the Amp tailgate step. The Line-x shop said they would put some metal tape over the small screw holes and just spray over it. I am wondering if I should instead fill in the holes with metal filler or bondo and sand flat. Anyone have suggestions as I want the inside of my tailgate to look it was sprayed from the factory.”

Canoe jumps back in with a suggestion for Buster. “I'd worry more about Bondo or whatever without adequate solid backing falling out and leaving an actual hole, more than I would worry about the metal tape the intend to use. If you're really concerned, buy some plastic 3/16" flat or slightly domed head plugs for the holes. They'll spray right over them and it should look good. The tape however is probably the same or even better result.”

Only one of the people who answered OC’s post seemed familiar with the Raptor product. Infantry says “I used raptor liner on the inside floors of my jeep. I was very happy with it.”

It sounds like OC intends to go with the LineX bed liner but he says he has to find a dealer closer to him to make it work. It will be interesting to see how he likes it, but others says that you can’t really go wrong with either the LineX or Rhino as long as it is applied correctly.

David Friedson wrote on May 10, 2018 - 11:01am Permalink
It’s difficult for most people to compare bedliner products because most people don’t know how to compare them. In other words, you want answers, but you don’t know what questions to ask. As an analogy, you walk into a tire store to buy tires. You know a little bit about tires: All tires have rubber as a base component, but there are various rubber compounds. Some are soft for performance, some are hard for off-road. You know to ask about how many miles the tires are warrantied for; is it warrantied for 25,000 miles or 65,000 miles. All bedliner products have similar base components, but like tires, there are various blends that do affect performance. One method to compare bedliners is ask the bedliner dealer for the product’s Technical Data Sheet (TDS). All bedliner dealers should have access to these. The TDS will provide useful information such as the tear strength (higher number is better), tensile strength (higher number is better), taber abrasion (lower number is better), etc. And, the TDS will also indicate which standardized test method was used to obtain the test results. This is important so that you can compare the test results “apples to apples”. I’ve seen many bedliner TDS and you will be surprised how much better some are over others. Another important issue is bedliner thickness. Ask the dealer how thick the bedliner will be. Bedliners should be about 1/8” (or 125 mils) thick on the bed’s floor. Keep in mind that the very best bedliner product applied at only 30 mils is not worth the money you paid for it. The bedliner dealer should have an electronic instrument that measures the bedliner’s thickness. Have the dealer show you the thickness of your bedliner with the instrument. Good luck!