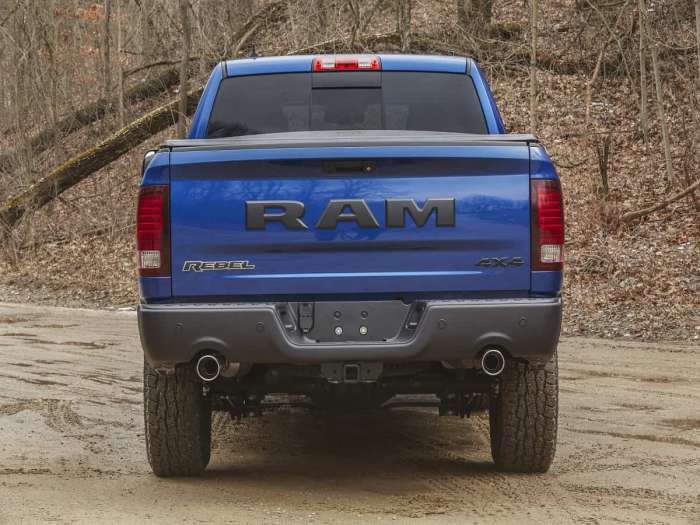 What is the best cover to keep the bed of your 2018 Ram 1500 from getting wet? That is the question a number of truck owners are asking. Ram would tell you that their bed covers are specifically built to fit and protect the bed. Other owners weigh in.
Advertisement

Kinetic asked members of a popular Ram forum for help finding the most waterproof bed cover for his 2018 Ram 1500. “Is there such a thing? Most of the ones I've seen so far say water resistant or almost water proof or something similar. Is there one that is weather proof completely?”

I have seen this question asked a number of times over the years. Mopar makes one specifically to fit the Ram vehicles and I would think that theirs would fit the best, but a number of Ram owners had different suggestions for improving the fit and finish of a bed cover.

Bat says, “The problem is not getting a cover that is waterproof but getting a seal between the cover and the bed. The tailgate is the biggest problem. My cover came with a tailgate seal but it did not come close to filling the gap at the top on both sides of the tailgate. I bought some 5/8" backer rod like they use to seal around windows and doors and attached that to the bed in that area with black silicone. That has helped a lot. Never have installed the tailgate seal."

Tron says he has had good luck with an aftermarket one. “I have a BakFlip and that's really waterproof. Doesn't even leak in the car wash.”

Ram Man likes another manufacturer. “Truxedo is decently water proof, never any wet spots in the bed after rainstorm or car wash.”

Many Bed Covers have to be Adjusted to Fit Perfectly

Sport says he has had a number of bed covers over the years and he has found some types work much better than others. “I have has several types of covers over the years on different trucks. Rollnlock, Extang, and currently a Truxedo Truxsport. I have found that covers that sit on top of the bed rails vs types that clamp to the inner edge of the bed rails are more water proof. Mine is completely dry at all times. The tailgate gaps are the only place that remain a potential spot where water could enter.”

Mathew likes the Mopar cover. “I’ve had a few different covers over the years as i like to run them on every truck. I had a Lund Elite trifold on my wifes '14, which is a really nice cover. I’d say it’s pretty water resistant, but not waterproof. I got the dealer to throw in a Mopar trifold cover on my '18 and it’s the same material as the Lund Elite. It’s a great cover as well. I actually like the mopar cover better because of the latches.”

The most interesting thing about the truck forums is that the truck fans have tried virtually every product out there and can give recommendations. Stage says, “Undercover Classic, Undercover SE, Undercover Elite, Undercover LUX. They all go OVER the rails, OVER the tailgate, and they have a large overhanging seal on the cab side. That's about as waterproof as you can get.”

Snow lives in a damp climate and says, “I have the a gator roll up tonneau. I live in seattle and have never had water get inside. It's on the inexpensive side and is definitely one of the best looking tonneaus I've seen. Super sleek and fits great.”

Morgan, also from Washington, likes a solid bed cover. “A one piece cover is entirely waterproof. I never tried roll-up covers because I want the security of a locking hard cover. I had a Bakflip on a previous truck, it leaked a little and leaked more over the years. If you spend time reading reviews and the Internet, you'll find that's a common experience with folding covers. I went with an Undercover hard cover on my Frontier, and it never leaked. Ever. Not a drop. Also I installed Thule crossbars on it and could load bicycles on top of it with other stuff in the bed. For my new Ram, I went with a fancy color matched Undercover Elite. Love it.”

Bama makes an excellent point about choosing a cover depending on what you will be using the truck for. “I’ve had both, Undercover SE and Flex. The SE was waterproof as it is a one piece whereas the Flex was a tri fold and leaked only a little. It also depends on if you put tall things in your bed. My only gripe about the SE was anytime I wanted to put a tall item in the bed, the cover had to come off first. I couldn’t buy something spur of the moment without going home first to take the cover off.”

Trucker likes yet another product. “I have the Retrax with lexan rollup and it is very waterproof except the sides of the tailgate , but I sealed those with some sticky foam seal roll I got at the box store. It has drain tubes in front on the inside that you gotta make sure you don't knock off.”

Kinetic said he planned to look into the Gators roll-up tonneau because he liked the low profile, but didn’t indicate what he finally bought. The different Ram owners had a wide range of experience with various products. I have always wondered if having a bed cover affects the fuel economy? I would be curious to know what you have experienced over the years.

Bob wrote on July 14, 2018 - 5:00pm Permalink
My experience has been that 'bed covers' have never helped my fuel economy. I have always used the roll ups with decent sealing in rain and snow.