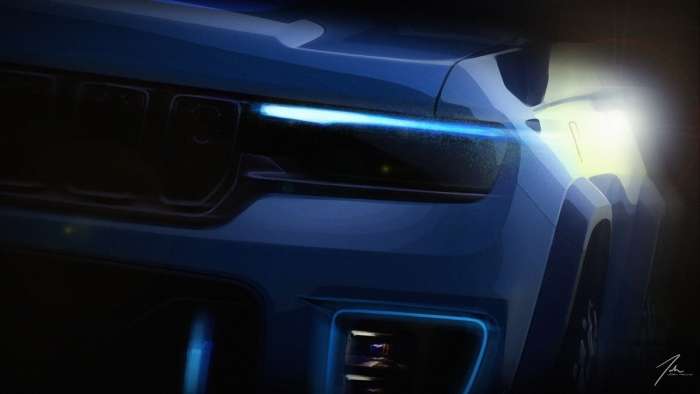 Jeep Promising to Electrify Fans at the Easter Jeep Safari

Jeep is teasing two of its vehicles that will be attending the annual off-roading event. At least one of the vehicles will be a high-performing Jeep 4xe SUV. The other is a tricked out Jeep Gladiator.
Advertisement

Mardi Gras is Tuesday, which means that it is almost time for the Easter Jeep Safari. This year, Jeep is promising the premiere off-roading event will be “Bigger, Better, Greener, Faster Ultra-capable and Undeniable Jeep”! So far, Jeep is only teasing two vehicles, but we can expect to see more in coming days. The vehicles appear to be a 2022 or 2023 Jeep Grand Cherokee 4xe and a Jeep Gladiator, heavily modified with Jeep Performance Parts.

Jeep is only teasing the 4xe SUV at this point. It looks like the front end of the Grand Cherokee with a door for the charging port over the left front fender. There is a lot of blue trim on the vehicle which typically signifies Jeep’s electrified models. Jeep is only saying there are two vehicles “including one 4xe electrified Jeep SUV that will certainly conquer even the most tumultuous terrain along the backcountry trails of Moab and further highlight the Jeep brand’s vision of accomplishing Zero Emission Freedom.” 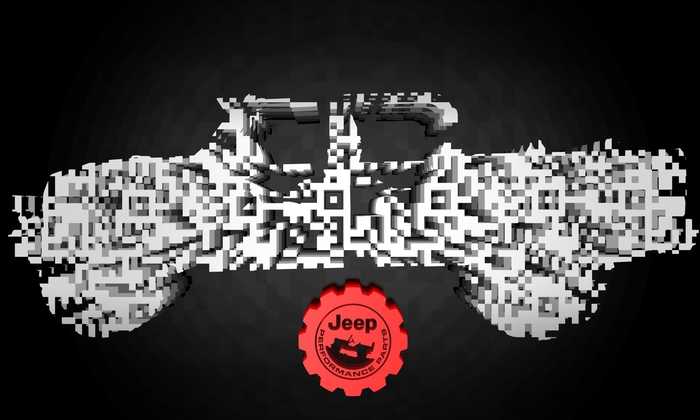 The second image looks like the silhouette of a modified Jeep Gladiator as a QR code. Don’t bother trying to unlock its code, it doesn’t open. I tried it but I don’t recommend trying to open random QR codes. If you squint, the QR code appears to spell Jeep. The back end looks longer than the typical Gladiator and the roofline looks higher than usual to me. The only clue that Jeep is offering is the Jeep Performance Parts logo on the image. Every year, Jeep creates a few highly customized concept vehicles using JPP parts. I can’t wait to see what is in store for the hardy Gladiator.

The 56th annual Easter Jeep Safari is scheduled to take place April 9-17, 2022, in Moab, Utah. Thousands of die-hard off-roading fans gather every year to see the latest in trail-performance Jeeps. Moab’s Red Rock 4-Wheelers club hosts the annual event. Jeep will once again send several one-of-a-kind concept vehicles for the off-roaders to test out on the grueling trails.

If the Easter Safari concept vehicles are extremely popular, they may end up as special custom models that can be ordered straight from the factory. Jeep has several custom shops set up near their main plants that customize the vehicles so that they can be produced with factory-backed Jeep Performance Parts. Jeep has built a strong business offering the factory-produced custom models, because the cost of the custom upgrades can be added into the purchase price of the vehicle and financed over a longer period of time. The Jeep Performance Parts all carry the factory-backed warranty. JPP sells special upgraded axles, lift kits, winches, skid plates and wheels to satisfy the most hard-core off-road enthusiasts.

Typically, Jeep sends modified versions of all of its popular models to the Easter Jeep Safari so we can expect to see several more photos in the coming weeks.