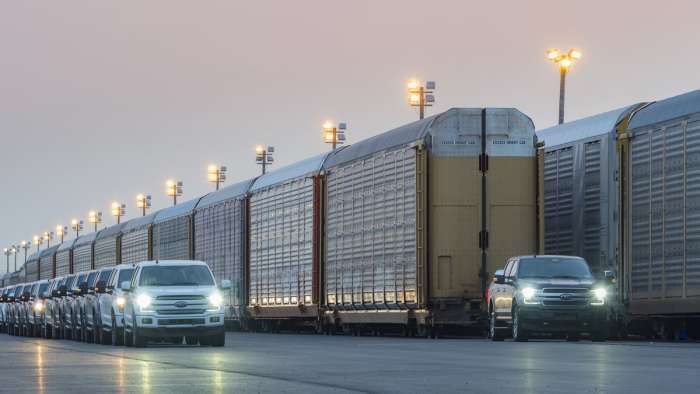 Ford released pictures and video of the amazing feat to prove it is developing a real electric work truck. Truck owners are skeptical of an electric truck's capability.
Advertisement

All-Electric and Hybrid Pickup in Development

Ford’s demonstration was handled by Linda Zhang, chief engineer of the Ford F-150. Zhang says, “Built Ford Tough is all about durability, capability and productivity, and this all-electric F-150 extends Built Ford Tough to a whole new arena.”

Ford is not saying when they might actually have an all-electric F-150, but they are expected to reveal a hybrid pickup in the next year or two. Zhang says, “This prototype will help us deliver the all-electric F-150 in the coming years.”

Ford does have a disclaimer on its news release saying that “The F-150 prototype is towing far beyond a production truck’s capacity in a one-time short event demonstration. Never tow beyond a vehicle’s towing capacities.”

Ford, GM and Tesla All Working on Electric Trucks

General Motors’ President Mark Reuss has confirmed that Chevrolet is working on an electric pickup and Tesla is promising an electric pickup in the new few years. No one is guaranteeing the mileage range for the new vehicles and there are no details as to actual towing capabilities.

Ford didn’t say where the railyard demonstration was conducted or when it was held. Automotive spies have spotted the plug-in hybrid trucks testing in and around the company’s Dearborn, Michigan headquarters.

Ford says it used 42 new F-150s for the demonstration to symbolize its 42 years as the leader in truck sales.

HW wrote on July 24, 2019 - 9:48am Permalink
Easier to do since friction of steel wheels on rails is small compared to rubber tires on pavement. Timken in 1930s had demos with 3 men or women pulling a 200 ton steam locomotive to prove the efficiency of Timken roller bearings.
Johnny wrote on July 25, 2019 - 10:53am Permalink
I saw a comment on that from a train guy that said on level ground on tracks that's something like just under 10k of pulling force to get that moving.