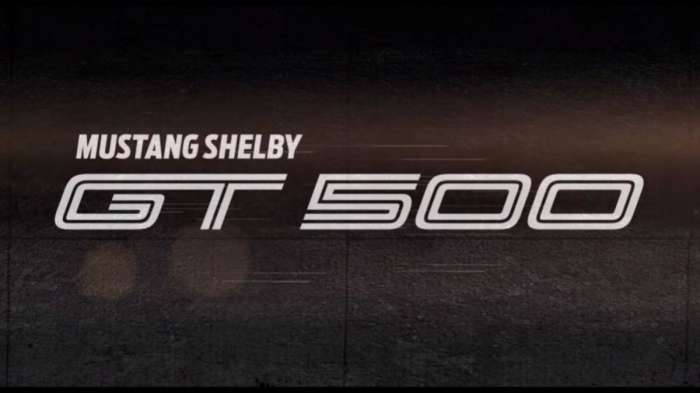 The very first 2020 Ford Mustang Shelby GT500 will be up going up for auction. The highly anticipated 700+ horsepower vehicle may be one of the most fun charitable contributions ever!
Advertisement

If you want to own the very first production model of the highly anticipated 2020 Ford Mustang Shelby GT500, it will cost you. Ford is once again using one of its most anticipated vehicles to help a charity that is near and dear to the Ford family. The ability to order the first production 2020 Ford Mustang Shelby GT500 will be sold at the Barrett-Jackson Auction, in Scottsdale, Arizona, in January.

Proceeds from the sale of the highly anticipated 2020 GT500 will go to the Juvenile Diabetes Research Foundation. Edsel Ford II and his wife Cynthia have a son, Albert, who was diagnosed with Type 1 diabetes in 1997, when he was four years old. Ford Motor has donated millions to JDRF over the years and has donated several highly-desired vehicles like the 2020 Ford Mustang Shelby GT500 to raise money for the cause. Edsel and Cynthia Ford have also donated millions of their own money to JDRF, as well as serving on the charity’s board over the years. Ford Motor’s employees have also raised millions through various fundraisers.

Ford is expected to unveil the 2020 Mustang Shelby GT500 at the North American International Auto Show on January 14th, 2019. The Barrett-Jackson Auction runs from January 12-20, 2019. Edsel Ford may even accompany the vehicle to the auction. The buyer will be able to order his or her GT500 in any available color.

Ford has kept details of the 2020 Mustang Shelby GT500 under lock and key only saying that it will be “Loaded with the most venom ever, the all-new Mustang Shelby® GT500® with its 700-plus horsepower supercharged V8 will be the most powerful street-legal production Ford ever. Embodying Ford Performance team’s motorsport expertise, this new Mustang is engineered to stand apart on roadways and race tracks, thanks to its new innovative track technologies, performance hardware, plus aggressive and functional track-tuned styling.”

According to the American Diabetes Association, 1.25 million Americans have Type 1 diabetes. This is about 5 percent of all diagnosed cases. The ADA estimates that 40,000 people receive a type 1 diagnosis each year in the United States.

Ford is also selling a 2019 Ford GT Heritage Edition with limited-edition Gulf Oil racing livery at the Barrett-Jackson Collector Car Auction in January. Ford will donate the proceeds from the auction to the United Way for Southeastern Michigan.

LG's New EV Battery Plant Is a Welcome News for Tesla
Tesla Giga Berlin's New Hurdle: It's Not Only the Gov't, but Now Tesla Itself
END_OF_DOCUMENT_TOKEN_TO_BE_REPLACED