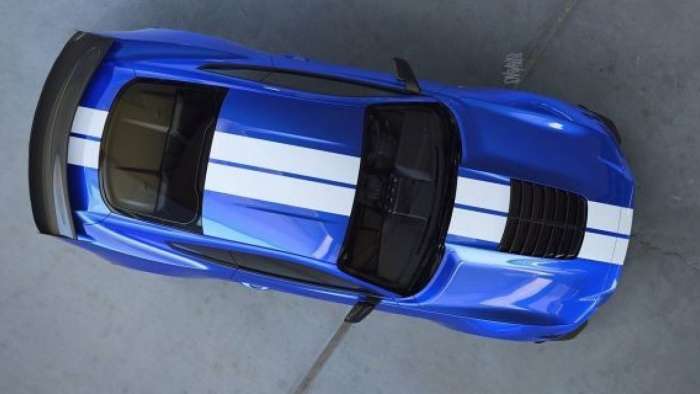 When the 2020 Ford Mustang Shelby GT500 debuts next month at the 2019 Detroit Auto Show, it will be sporting a high performance braking system that will be the first Motor Company product to utilize 3D printed components – although we don’t know which pieces of the super-Stang’s stoppers will be constructed with the high tech process.
Advertisement

Ford Motor Company recently announced that their Advanced Manufacturing Center in Redford, Michigan has been subject to a $45-million upgrade that includes high tech 3D printers – some of which are used to produce components for the upcoming Shelby GT500 Mustang. The new GT500 is likely to have the biggest and most elaborate braking system of any full-production car, with the hand-built, limited-production Ford GT supercar likely being the only FoMoCo product with bigger stoppers. Of course, that is if the GT500 doesn’t sport similar brakes to the supercar, which is well within the realm of possibilities.

In any case, the new GT500 is likely to wear the bigger brakes of any road-going Mustang and it will also be the first Ford product to make use of 3D-printed braking components.

Advanced Manufacturing Center
Ford’s Advanced Manufacturing Center in Redford, Michigan is the automaker’s newest facility, housing the company’s hottest production technology. This includes augmented and virtual reality systems, advanced robotics, and digital manufacturing, but the most important feature of that facility for this discussion is the 3D printers. These high tech printers are currently tasked with making braking parts for the upcoming 2020 Ford Shelby GT500 Mustang, making the new super-Stang the first of the automaker’s mass produced vehicles in the US to utilize this technology in this way.

“More than 100 years ago, Ford created the moving assembly line, forever changing how vehicles would be mass-produced,” said Joe Hinrichs, Ford’s president of Global Operations. “Today, we are reinventing tomorrow’s assembly line – tapping technologies once only dreamed of on the big screen – to increase our manufacturing efficiency and quality.”

In order to create the best possible 3D printing facility, Ford worked with ten different 3D printing companies, acquiring a total of 23 printers that will be used to make a wide variety of parts. While plastic has been the most common material in 3D printing, Ford is working with other materials such as sand, nylon powder and carbon.

3D Printing in Action
In addition to the brake components for the new 2020 Mustang Shelby GT500, Ford currently uses 3D printing to produce an unnamed interior component for the F-150 Raptors sold in China while in the US, the Ford Ranger is built with a variety of tools made with 3D printing.

We are bound to see Ford using more 3D printed parts for more models in the near future, but for the US market, it will all begin with the brakes of 2020 Mustang Shelby GT500.

LG's New EV Battery Plant Is a Welcome News for Tesla
Tesla Giga Berlin's New Hurdle: It's Not Only the Gov't, but Now Tesla Itself
END_OF_DOCUMENT_TOKEN_TO_BE_REPLACED