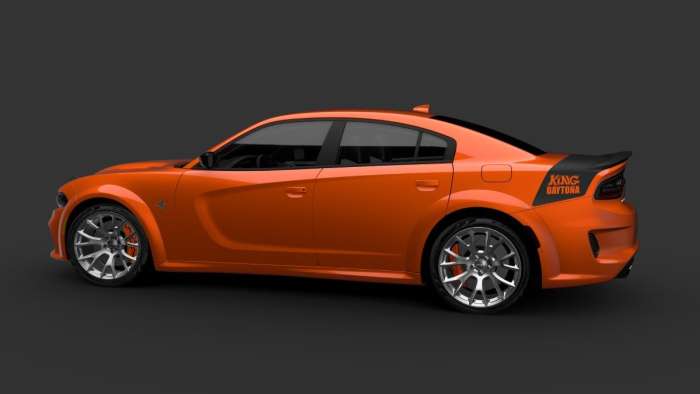 Dodge is making sure that its 5th 'Last Call' Edition will be an immediate collectible. The company only plans to produce 300 Charger King Daytonas.
Advertisement

Legacy of the Charger King Daytona

William “Big Willie” Robinson nicknamed his 1969 Dodge Charger “King Daytona” and used it for racing at the drag strip. Robinson also used his King Daytona to keep racers coming to the track and off the streets. The 2023 Dodge Charger King Daytona honors the original by boosting performance to 807 horsepower and pairing a Go Mango exterior with unique orange interior accents.

The sixth special-edition Dodge ‘Last Call’ model will be revealed on Sept. 21, 2022.

Details and specific information on all of the Dodge ‘Last Call’ models available at Dodge.com.