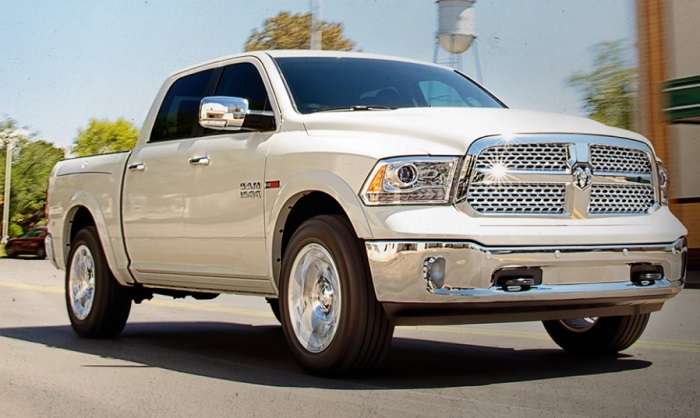 2015 Ram 1500 owners are hot over headlights that are melting

An owner of a 2015 Ram 1500 reaches out to a popular forum angry that his headlights are melting the housings. He is angry to find out that it is a known problem.
Advertisement

A New Jersey owner who calls himself Ramsport first raised the issue. He asks, “Does anyone notice melting plastic around the 2015 Ram 1500 Sport projector headlights? My 2015 came with the darkened headlight lens and it appears the heat from the bulbs are charring the surrounding plastic.”

The overheating bulbs of Ram 150are original stock

The first questions from other drivers concern the type of bulb and when Ramsport might have added them. Mac asks, “Are the bulbs OEM? They shouldn't get hot enough to melt the housing. If you don't know I would replace them with OEM or a good HID kit designed for the RAM projectors Like I did. Don't wait as the warranty will be void if the bulbs are not OEM and caused the melting.”

Ramsport’s reply is what makes this so worrisome. “The bulbs are stock, I noticed it after a 15 hour trip.”

The overheating is a known issue

Ride tells Ramsport that it happened to him, as well. “Take it to the dealer and ask, as my dealer noticed this themselves. Apparently Chrysler knows about this heat issue, and they have an OEM replacement. The dealer replaced my entire assembly because they noticed it was changing to an amber colour.”

Mint, from Canada, has the same problem. “Both my son and I have the same headlights as the OP. Same issues, probably why FCA does not make the black projectors anymore. Dealer wanted to replace mine with chrome projectors,... said no thanks I did not like the look. Area affected is small and is not getting larger,... at some point I may let dealer replace with black headlights.”

Hemi, also from Canada, says, “Every 15 I've seen with the black headlights have had this. I'm planning on seeing if the dealer will give me a set to replace them with, but leave them in the box till these ones are shot. The Black ones look a lot better and were a partly a reason I finally got a sport. I DO NOT like the chrome ones.”

Rick, from Florida, is afraid that they haven’t corrected the problem. “Mine have the same issue. Seems like the same exact place too. I've had it on mine since about 2-3 months old. Was thinking of asking the dealer this week what they can do about it. I am reluctant though since it doesn't seem to be spreading or changing and what happens if the replacements just do the same or worse?”

Drivers are concerned that the replacements do not have the same appearance. “They'll replace them with the Chrome ones, which don't seem to have that problem. Seems the black absorbs the heat and lets the plastic wrinkle, and the chrome reflects it.”

Ramsport too is disappointed. “Agree,the black headlights are nicer. It sucks that we do not have much of a choice.”

Pete, from Buffalo, raises an interesting wrinkle. “It looks like the new 2017 2500 Power Wagon has the black ones again??"

It may be that Ram has found a different supplier that can produce black housings that won’t melt and change shape from the heat of the bulbs, but for now that is not the repair being offered to Ram owners under their warranty.

John F wrote on October 3, 2018 - 9:37pm Permalink
The county owns 10 new 2016-2017-2018 Ram 2500 with chrome headlight They are all melting! Dodge replaced them and the new chrome ones are melting to after 3 weeks!
Scott wrote on July 7, 2020 - 10:15pm Permalink
Mine had the same problem and I asked them to be replaced and the dealer said they would pay for half so still old cost me 5...600 I was like this is overheating it's a safety issue they called FCA and they did nothing. Fuckers I'll never buy another ram.