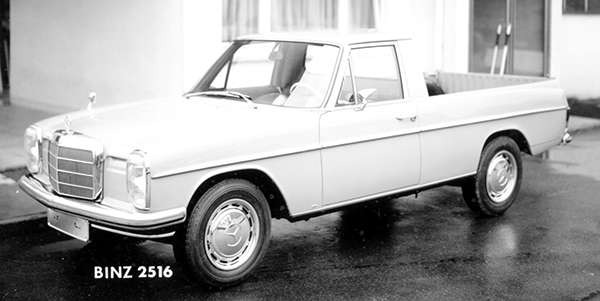 Will the Mercedes-Benz Pickup Come to the U.S? It's Unclear

When Mercedes-Benz announced that it would be building a pickup truck, the U.S. branch expressed interest in it and wanted to make the final decision on it. The decision has been pushed back a couple of times and now, the new CEO says it might be awhile before we get an answer.
Advertisement

"We said to Stuttgart, 'We are open, and let us assess the market.' If that leads to us saying 'green light,' then we will bring it," said Steve Cannon, then CEO of Mercedes-Benz USA to Automotive News (Subscription Required) last April when news came out about the truck.

This is a bit odd since Mercedes-Benz isn't trying to build a luxury truck. This is primarily aimed at the likes of the Toyota Hi-Lux, Ford Ranger, and Chevrolet Colorado for work. Also, Mercedes-Benz's commercial vehicle division is handling the work and not the passenger car division. They're more concerned with reliability and not fancy appointments.

But that didn't stop Mercedes-Benz USA from wanting it. Cannon said at the time that a final decision would come towards the end of the year. A few months later, Cannon said the decision was pushed back to 2016. No reason was given.

Fast forward to this month and Cannon's successor, Dietmar Exler told Automotive News there isn't a timetable for a final decision on the truck.

"It's whenever. I don't think we do ourselves a favor to come up with a defined timetable. It's more important that we get it right," said Exler.

Exler explained the previously announced timetables was due to if the U.S. market was going to be a part of the global production launch of the truck - possibly known as X-Class - in 2018. By spending a bit more time on the decision, it will ensure that that the truck is a true Mercedes inside and out.

To help with the decision process, Mercedes has brought in a select group of dealers for their opinion. There is also talk of holding customer clinics on the truck. One dealer has made his opinion known. AutoNation CEO Mike Jackson - owner the largest U.S. Mercedes-Benz dealer - has said Mercedes should scrap its plan for the truck as it would face an uphill battle with the likes of Ford, GM, and Ram.

Why does Mercedes' U.S. office want a truck?

Pickup trucks are currently the big money makers for car companies. This is mostly due to buyers picking trucks that are fully loaded with such features as heated and cooled leather seats, premium audio systems, active safety features, and larger chrome wheels. Truck manufacturers are responding to this by building models that rival luxury sedans in terms of features and appointments.

"Not every pickup in the U.S. is going to job sites. Just drive around Greenwich, Conn., and see how many pickups there are. You realize this is not a demographic that is showing up with their work boots on job sites. Those sales are taken care of by the domestics," said Cannon.