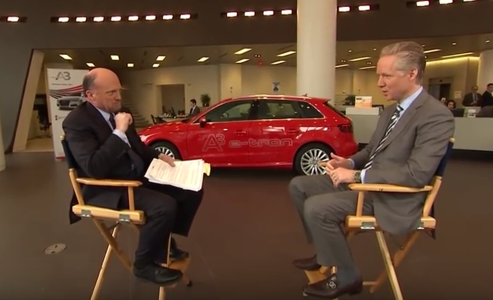 Tesla Innovation Brings Out The Clones

Maybe automakers like Porsche, Audi and VW are concerned that the next time the oil market decides to overheat, they will have “me too” products waiting for the consumers likely rebellion.
Advertisement

On Monday the world witnessed the opening of the Frankfurt Motor Show in Frankfurt, Germany. Two of the worlds premier brands have decided to stand up to Tesla. Maybe they are feeling the heat. Maybe they are concerned that the next time the oil market decides to overheat, they will have “me too” products waiting for the consumers likely rebellion.

The best thing about the product concepts being shown was that both of the cars were given range estimates of over 300 miles of range. I wonder what spurred that on….. I’ve read that Elon Musk has stated he often wondered his company, Tesla, would cause the other car makers to actually do that they would not have done otherwise. Well, looks like they are pushing the car companies into the EV field….maybe kicking and screaming.

The two big name brands are Porsche and Audi which are both part of the Volkswagen company. With the eGolf already on the market, it seems interesting that Volkswagen has pushed the Battery Powered cars up to the premium segment offerings. I find that extremely interesting because when interviewed by Mad Money’s Jim Cramer, Scott Keogh, Audi USA’s President, back in March 31, 2015, he stated that Audi sees the “Battery Electric Vehicle (BEV) market as a small niche market”. Interesting that now the parent company has two concept cars in the space at the Frankfurt show so it looks like the whole company has embraced the BEV! That is great news. More and more of the mainstream auto makers are joining the EV production line. The key benefit here is the new products all have been slated to have over 300 miles of EV range. Which this kind of range, the average USA citizen is looking at charging the car about 1 time per week! That is nothing to complain about.

The cars are not going to be available until 2018. This gives them some time to play catch up with Tesla. Imagine where Tesla will be in 2018. As stated, both cars have been slated to have over 300 miles of EV range, which is something Tesla already has on the market.

Tesla Contemplates A New Strategy for China Retail even As Sales Boom
Jay Leno on Elon Musk & EVs: “I Think He Should Get ... Credit"
END_OF_DOCUMENT_TOKEN_TO_BE_REPLACED