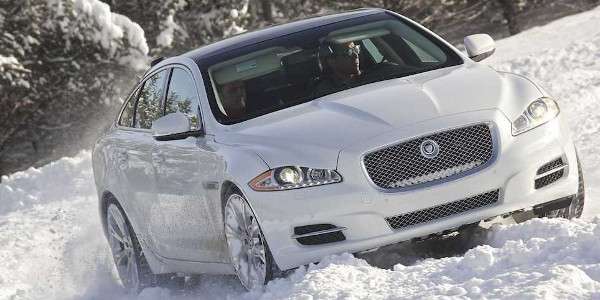 Will there be a new Jaguar under your Christmas Tree this year?

Surprisingly many get a new car for Christmas each year, will you be looking for a new Jaguar in the driveway with a big red bow on it? After all it is the season for gifts.
Advertisement

Christmas is the time of year when we love to give gifts to our loved ones, but many of us also love to get gifts. The stats show that more folks get a new vehicle for Christmas than you would think. Bloomberg rankings shows an average over the last five years in the US and December tops the months for total US car sales. About one in every 10 vehicles roll off the lots in the month of December.

So if you are giving a new car to someone for Christmas do you actually put a big red bow one it? The answer is yes and King Size Bows (Company based outside Los Angeles) sells approximately 2,500 car top bows each year. Linda King (Founder/Company Owner) says “If you give someone a car and it doesn’t have a bow on it, you’re missing a huge piece of the experience”.
December brings in those year-end clearance deals and many dealers are looking to clear out a few models to make room for the new vehicles arriving soon. The new Jaguar XE is set to arrive in the US in early 2015 and it could spell trouble for its competitors (BMW 3 Series, Mercedes Benz S-Class) because it hits the streets with killer looks, fresh styling, and loads of new technology. And we are all still holding our breath to see if Jaguar will build us that “SVR” Super F-Type that I can’t keep talking about.

Trust me you can’t escape the thoughts of buying a new car during the Holiday’s because of all the TV ads, so tune in and see what kind of deal you can get and put a car under your tree for Christmas. Are you already worried that the gift you got for your spouse might not be a big hit? A classy new Jaguar XF will make you’re the talk of the town and the hero around the home for days!

By the way, if anyone is looking for that last minute gift for me, I’ll take a shiny new Black F-Type R Coupe and don’t forget the big red bow on top!