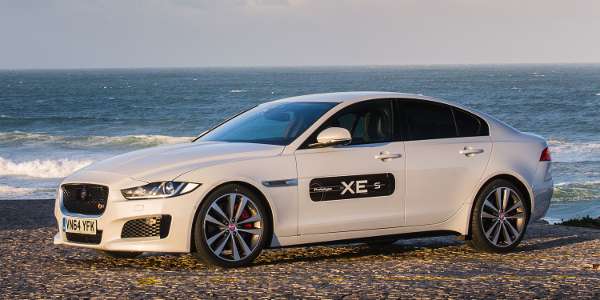 The Jaguar XE will be your next car

The reviews are in and Jaguar intends to impress you with a car that is everything you need and want. Jaguar’s XE sedan is currently being tested and the praise is plentiful.
Advertisement

You will have to decide if you trust each of the following reviews, but good or bad the press is about to bombard us with test drives and behind the wheel opinions. The Jaguar XE may be the most anticipated new car to launch in recent times, but will it impress or fall short of the media hype? Let’s hear what some trusted sources are saying.

Autoexpress.co.uk said “The XE doesn’t have the price advantage over rivals that some Jaguars have had, but all models tend to be slightly better equipped than rivals like-for-like. In such a hugely competitive sector, we’d expect maintenance costs for the Jaguar to be on par with rivals, too.”

The Express (Home of the Daily and Sunday Express) a UK online news source makes a bold statement with saying “Make no mistake; this car you see before you is probably Jaguar’s most important new car of the past twenty years if not more”. They go on to discuss how so much is a stake because this is also the car that will have to battle head-to-head with the mighty BMW 3-Series. A vehicle that many feel may be the benchmark in the premium market.

If we consider that the XE is about to enter the ring with the German trio (BMW, Audi, and Mercedes-Benz), we need to look closely at the tale of the tape. The XE is sporting an all-new platform, all-new engines, and all-new styling…but is it enough? The XE is loaded with a long list of innovative and cutting edge tools and it knows how to use them.

Jonny Lieberman at Motor Trend says “I want this car now!” He seemed overjoyed after his test drive saying “I was pleasantly shocked by my own smile after about one mile of road time”. Speaking about the handling and tires he said “Those tires not only hold like a baby possum, but feature a great combination of elegant ride quality and low road noise”. He described his XE S experience “Ride quality is exemplary at normal speeds, and things stay smooth and relaxed up to 120 mph – Then, crack the wheel and you’re treated to about the best handling small premium sports sedan there is.”

Dan Prosser (EVO Magazine/Online) said “First impressions are very positive indeed. It seems to sit closer to the BMW 3-Series than the more luxurious Mercedes C-Class, but it actually combines the best of both – that is to say it handles very sharply and real composure through corners, but it also smothers bumps and road surface imperfections too.” He also makes a statement to those who have said its styling has missed the mark and is not distinctive enough by saying “Out on the open road the XE looks more attractive than it did on the motor show stands.”

Don’t expect all this luxury and performance to be out of reach for consumers, the estimated cost of the Jaguar XE S is just over $68,000. And that puts you behind the wheel of the 3-liter V6 Supercharged sedan with 335 horsepower capable of zero to 60 mph in just under 5 seconds (4.9) and a top speed of 155 mph.

The XE is due to go on sale in the UK in May of 2015, but not hit American soil until early 2016. Stay tuned as we bring more XE news and reviews in the next few days.

Tesla Contemplates A New Strategy for China Retail even As Sales Boom
Jay Leno on Elon Musk & EVs: “I Think He Should Get ... Credit"
END_OF_DOCUMENT_TOKEN_TO_BE_REPLACED