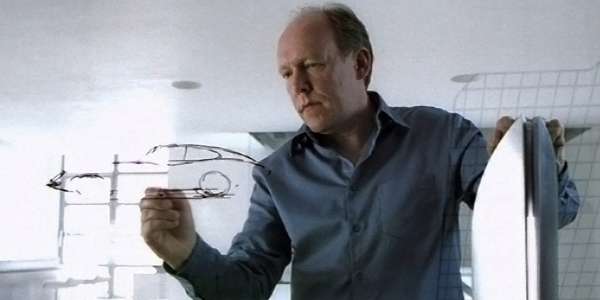 Ian Callum is named “Best car designer working today” by Jalopnik for his work on Aston Martin DB7, DB9 and the Jaguar F-Type. How did he rank on the all-time designers list?
Advertisement

Long time British automotive designer and car enthusiast has worked with the best of the best including Ford, TWR, Aston Martin, and Jaguar. Currently he holds the position of Director of Design at Jaguar and has been instrumental in the design of many Jaguars including; the 2004 S-Type, 2004 X-Type Estate (Wagon), 2006 XK, 2008 XF, and the 2010 XJ. Overseeing the project for the 2013 Jaguar F-Type may have been his crowning moment and has taken the brand to new heights. The F-Type has become the face of Jaguar and has topped many lists in different categories. Many call the new F-Type the Crown Jewel of Jaguar.

Well known and respected automotive website Jalopnik said of Callum “With the Aston Martin and the Jaguar F-Type credit, Callum may well be the best designer working today – He’s leading the incredible renaissance of Jaguar with beautiful design, and if anyone could pull off a ‘performance crossover’ it’d be him.” The dashing 60 year old Scottish automotive designer is well respected among the car world and puts 100% into any project he is involved with.

Legend has it that Callum submitted an early car design to Jaguar at the age of 14 with hopes that they might like enough to hire him one day. As fate would have it, he began his career with Jaguar in 1999 when he succeeded Geoff Lawson as Design Director. At that time Jaguar had become a Ford Motor Company Subsidiary. He wore two hats at one time while he led the design groups of Jaguar and Aston Martin; this was reported as when he started the ground work on the Aston DB9.

When you think about car designers you picture this cool guy with lots of swagger, the type guy who you want to smoke a cigar with and chat about the future of automobile, Callum is that guy! He looks like a car guy with a twist of James Bond intrigue; he is a highly educated man with a long list of credentials. He is a graduate of the Glasgow School of Art with a degree in Industrial Design and also graduated from the Royal College of Art in London with a post graduate Masters degree in Vehicle Design.

His website displays Callum’s philosophy on Design “Design creates order out of chaos, but chaos is often required to simply be creative”. Its guys like Ian Callum that will inspire the next generation of young automotive designers to think out of the box and push the envelope of cutting edge design.

Congratulations on the well-deserved recognition and bravo for the work you are currently doing at Jaguar. We can’t wait to see what you will unveil next.