Now that Marie has her 2011 Dodge Challenger, she and her Toxic Orange beauty participate in the Swedish tradition of "cruising." Last summer, she drove over 1,000 Swedish miles.
Advertisement

Marie Jonsson has one of the more unique rides in Sweden: a Dodge Challenger R/T 2011, Hemi5.7, V8. So, as you can imagine, when she goes out riding in her summertime “everyday ride” during the May-September summer season in her village of Storvik, Sweden, people look.

Cars have always had a place in Marie’s heart. “I am 49 years and have been always been fond of cars and always loved to drive.” Marie is a former French teacher, and today works as Customer Service at a Wooden Industry Company. “Sweden exports a lot of whitewood and redwood,” she told us about the country. But, when she is not working, Marie can take her Challenger for a ride and relax.

“For me driving has a therapeutic effect. It’s kind of healing. Driving alone and listening to favourite music.” And, when she is driving her Dodge, she is no doubt turning heads. “In Sweden there are not many Challengers,” she explained to TorqueNews. “You often see Camaros and Mustangs, but rarely a Challenger. That makes it special to own one!”

“There is a long tradition in Sweden, to get together and cruise with American cars during summertime,” Marie continued. “It’s called ‘cruisings.’ We have Big Power Meet in Vasteras and we have Classic Car Week in Rattvik. Only for drivers with American cars, new cars as well as old cars. Thousands of participants and the peak of the year for American car owners! People comes from whole Europe in their American cars.” 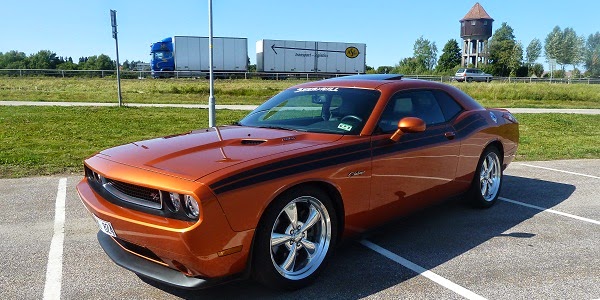 Originally, Marie had planned to buy a newer American ride, but the special Toxic Orange of this 2011 Challenger caught her eye and she was hooked.

“I bought my car one year ago. I was single and just about to buy an American newer car, probably a Camaro. I had just met a guy (who know is my boyfriend and big love) and he took me to a Swedish American car dealer. In a dark corner I saw immediately this Toxic Orange colored beauty and it was it. Instant love. I even didn´t look at the HEMI-orange Challenger 2011 which stood beside. I was enchanted by the Toxic color and the shine of the car. I went home and returned the day after, even though it was weekend, with the right bankcard. No wonders and no hesitation at all. It could be the best thing I have done in my life. So much joy to drive and take care of! And the bonus; I meet so many nice people thanks to this Challenger!”

Marie tells us her Challenger was imported by a Swedish car dealer at 3,400 Swedish Miles or last reported odometer reading: 13,964. It has 375 HP. She tells us that the CARFAX papers indicate it was previously a rental car in California for six months, before coming to Sweden - can you imagine? A rental car? Marie’s intoxicating ride was fabricated in Canada, and was lowered 3" before it came to Sweden. “I am just about to put on exhaust cutouts for more good sound!” Marie added.

Although she stores her Challenger during the harsh Swedish winters, Marie definitely does some driving during the summer months!

“Last summer, my first summer with my Challenger, I drove over 1,000 Swedish miles. I am so happy for the sunroof! It is open the whole summer. And I love to start it from the key! That is really something extra.” Currently, of course, Marie's Toxic Orange beauty is not her "everyday" car. “Right now it is still winter in Sweden and I have my car stored.” 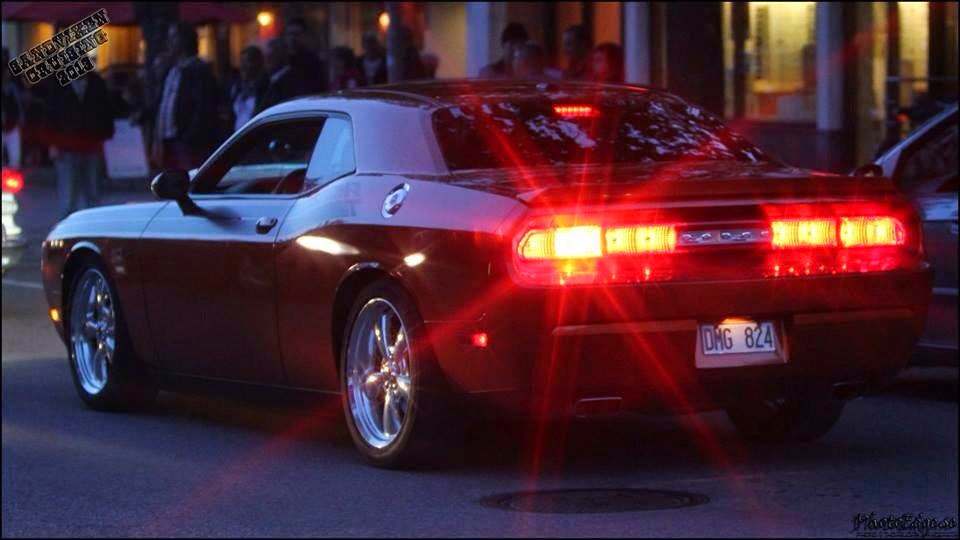 Winter or not, Marie did send us some great photos of her 2011 Dodge Challenger for everyone to see! 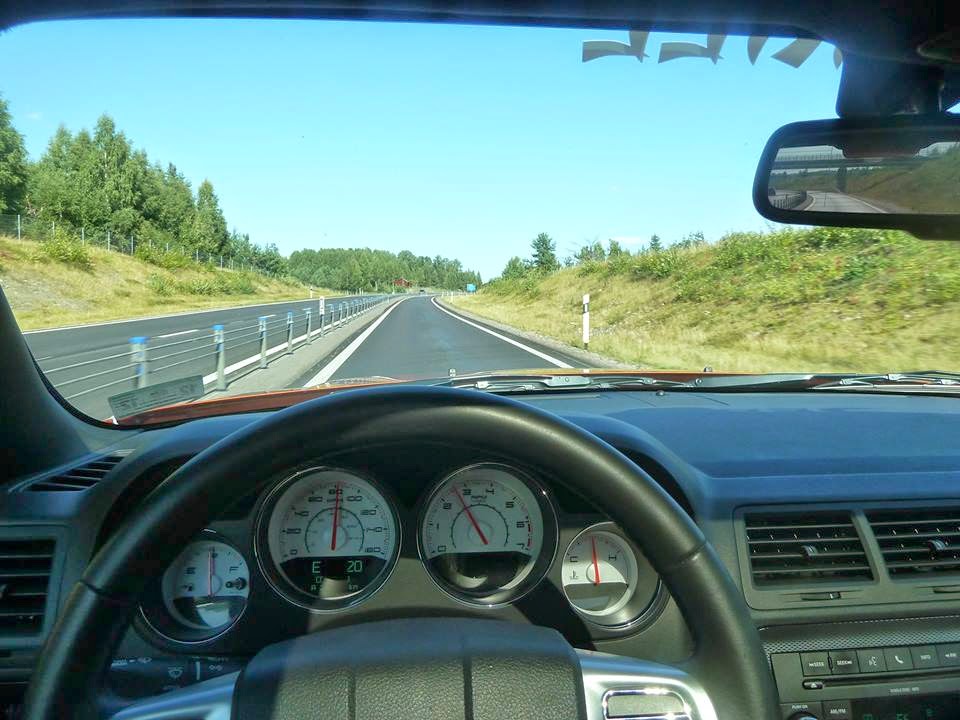 Marie tells us, as well, that her boyfriend collects and restores old American cars and drives a Buick Wild Cat Cab and GTO from 1969. Not a surprise—great car lovers seem to find each other in the world.

Other Dodge Challengers from our Readers

shirl wrote on April 4, 2014 - 10:15am Permalink
nothing like the old cars that had beautiful lines, classic designs...you knew what they were when you saw them. now, they just all look alike. and all fiberglass. the oldies but goodies...how lucky are they who own them!!!