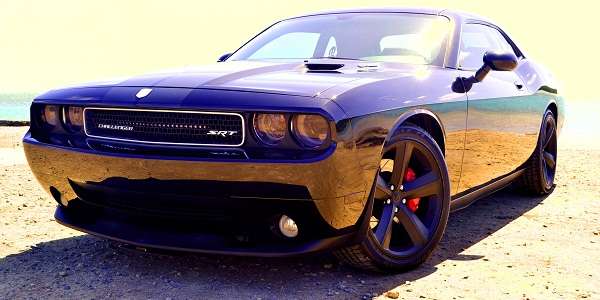 Modifying This 2009 Challenger Has Created a Rolling Tribute To Michael Judkins Sr.

Michael Judkins Jr. was not a car guy growing up, but eventually he began to follow in his father's car-loving footsteps, and today honors his memory with an amazing 2009 Dodge Challenger SRT8.
Advertisement

Sometimes you just cannot help but feel the love behind someone’s car when they tell their story, and so it is with Michael Judkins Jr., who is giving TorqueNews the opportunity to feature his 2009 Dodge Challenger SRT8 in our Readers’ Rides.

“I want to give to a brief story just about the journey that brought me into my current car and why I modify it, along with the reason it's so special,” Michael began. Surprisingly, cars were not naturally in his blood. But, he lived as his father did, even tho' he did not have the same intensity as his father, following the mantra, "Mopar or No Car."

Michael's first car was a 2008 Dodge Charger, which he bought on May 19, 2012. However, the V-6 and lack of power did not impress his dad--nor did the fact that, as Michael said, "it had two too many doors." It did not look like the original, but Michael started looking for aftermarket parts to make it appear more menacing. As he worked, he got bitten by the Mod bug, and hard. Before long, he had modified multiple parts of the Charger, including additions of the Cold Air intake, Flowmaster Exhaust, Touch screen radio, sub woofer, blacking the lights out, snagging a set of Chrome Clad wheels off a 2013 R/T Charger and putting in a few aftermarket LED light strips in the interior. By then, Michael had had the car for 10 months and the only thing he said he was missing was, well, power. "I was Horsepower HUNGRY! I wanted that Hemi rumble and power!”

The day soon arrived when Michael would get the power he so craved. He took his beloved Dodge Charger to the service department at his local Hawaii Dodge dealership and found the car of his dreams: a spectacular 2009 Dodge Challenger SRT8. It had the power for which he so lusted, and it was a true recreation of the original 1970 Challenger. He knew then and there it had to be his.

“My father always told me that he loved the new Challengers and that it was the only modern recreation that was done correctly. He regarded the Challenger SRT8 as the ‘Holy Grail,’ and I knew he'd be proud that I got a proper Muscle Car—and I also wanted to rub it in that I got one before him!” Typical friendly father-son car competition! Six hours later, on April 1, 2013, after wheeling and dealing a good price for a trade-in, Michael drove off with the Challenger, and found the power he desired. 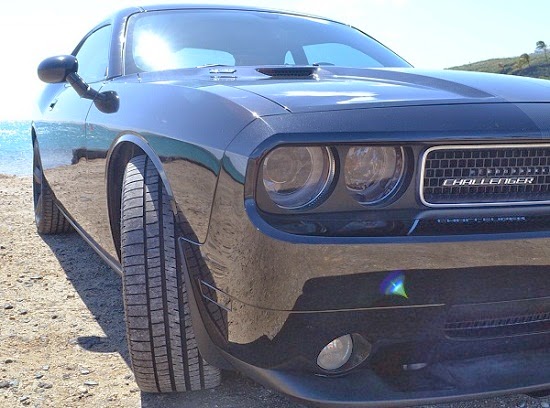 “I remember that night taking her home, popping that clutch and lighting those tires up!” Michael reminisced. “Running through all six gears, it was intoxicating and also terrifying! I'd never had so much power under my right foot before; Lord knows I was hooked!" Michael says he spent the next few weeks getting to know her and taking a few island-wide cruises with the local Mopar group, MOPAR808, until one night, his brother called. "I still remember that night perfectly. It was a little after 10 p.m. and he told me, ‘Michael, Dad's had a heart attack and they don't think he's going to make it.’"

With his father in a coma, Michael flew home the next night. Holding his hand, Michael made a vow to his father: He would take care of his mother and brother, and he would make one bad-ass Challenger in his memory, one that would remind him of his dad every time he looked at it. "Just that thought, at the time, made me feel comforted in my time of chaos. I know that's what he'd want me to do, and well, that's what I did, and am still doing to this day!”

To date, Michael’s father has been gone for 10 months, and Michael continues to honor him and the promise he made that day. When he bought the Challenger, it was, as Michael describes it, “extremely dirty and neglected. Lots of ash for the smoking owner that sold it to the dealership, and the paint was bad—lots of water spots and grime. I knew that this car had never seen a coat of wax in its life.” But, true to his word, Michael has worked to bring her to a whole new level of amazing. He has been working with an exotic car detailer, who has brought the car back to life, saving Michael thousands by not having to have the car repainted.

The car was completely stock, Michael said. But, not any longer! Michael lists the following modifications to date: 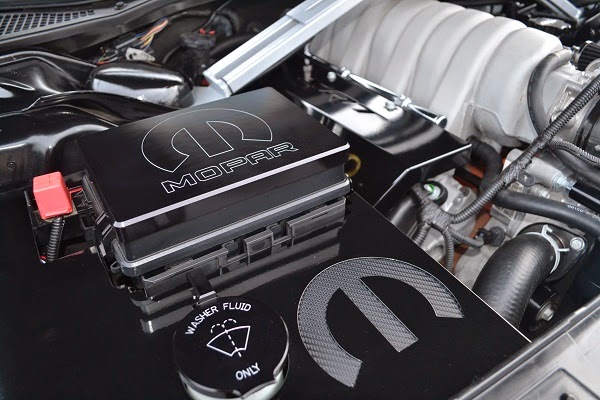 Michael is a U.S. Navy Hospital Corpsman Third Class. He is currently stationed in Pearl Harbor Hawaii, and will finish his three-year tour in May. He will then be headed to San Diego, CA, to be on the USS Ronald Reagan CVN 76.

“I'd like to thank you for giving me the opportunity to share my story,” Michael told us. “Modifying my Challenger for my father is my passion in life and it would mean the world to me if I had the chance to share it. This car is a rolling tribute to my Father, Michael John Judkins Sr.”

Michael, TorqueNews thanks you for your service to our nation, and we want you to know that it meant so much to us that you would allow us to share the beautiful story behind your 2009 Dodge Challenger SRT8 with our readers.

Other Dodge Challengers from our Readers' Rides Section