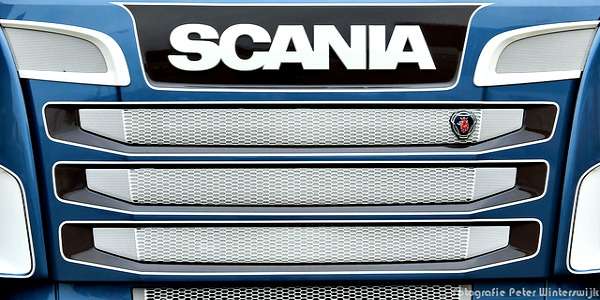 The deadline to accept the Volkswagen offer is not until April 25, but today's action with Swedish unions safeguarding employee jobs did bring the deal one step closer to becoming a reality.
Advertisement

An agreement has been reached and signed by Volkswagen Aktiengesellschaft, the Swedish trade unions at Scania and Volkswagen’s Global Works Council that will secure employment at Scania’s locations. The agreement will become effective upon the completion of Volkswagen’s offer for Scania. On February 21, Volkswagen announced a public offer to the shareholders of Scania to tender all shares in Scania to Volkswagen at a price of SEK 200 ($31) in cash per share. The acceptance period of the offer ends on April 25, 2014.

The agreement essentially stipulates the following:

Prof. Dr. Martin Winterkorn, CEO of Volkswagen, stressed that the company is and has always supported the Scania employees, and that they have no cause for concern. In fact, the completion of the offer will be a positive move for both the company and its employees:

“There has never been any doubt that we are one hundred percent behind Scania’s employees, locations and development centers as well as the company’s head office in Södertälje. For Scania as a company and for its employees, the planned transaction represents an attractive, long-term prospect with additional business opportunities. This will allow Scania to continue its success as an independent brand with unique vehicles and services, as well as leading technologies.”

Bernd Osterloh, the chairman of Volkswagen’s Group Works Council, echoed Winterkorn, stressing the positive move that this will be for employees of Scania, the company itself, and for Volkswagen:

In a previous statement, Volkswagen was firm in its belief that this would be a strong forward step for all parties, and was confident in the completion of the offer by April 25:

“We trust that investors will appreciate this unique opportunity. We remain, regardless of the committee’s statement, confident that the offer will be successful and will not complete it unless the offer is accepted to such extent that Volkswagen becomes the owner of more than 90 percent of all shares in Scania.”

The committee’s statement referred to was that of the Independent Committee of the Scania Board of Directors, in which they concluded:

Today’s agreement appears to be a step forward in the direction of the completion of the offer.