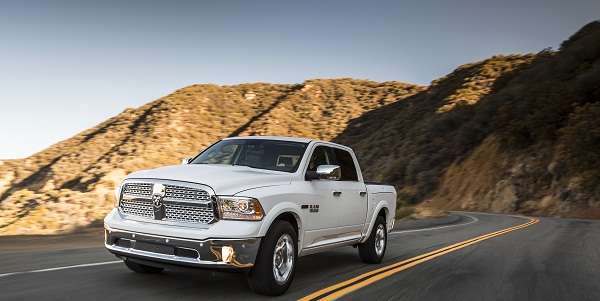 The EPA said in an April, 2014 report that it is pleased with the progress automakers have made toward meeting fuel economy standards. While the report had many interesting facts, one item stood out: Automakers have begun trading large sums of EPA emissions "credits" with one another. This practice of buying and selling EPA credits is both a tribute to capitalism and an area of concern for environmentalists.
Advertisement

But setting those two issues aside, is it really even a good idea? Should automakers plan to buy emissions credits from each other to meet federal requirements? Find out below.
In the report, automakers by and large were improving their Corporate Average Fuel Economy numbers. Companies like Chrysler, Ferrari and Daimler – that may have trouble meeting future targets - bought large sums of credits. These companies added thousands of these credits to their stockpiles to use in future years.

When it comes to calculating an automaker's fleet fuel economy rating, there are a few things to know:

1. The fleet rating is sales weighted - if an automaker sells 10k hybrids and 90k non-hybrids, than their fuel economy rating is adjusted to be 10% of the hybrid's rating and 90% of the non-hybrid's rating (or thereabouts... the math is actually a little more complex).

3. Automakers who adopt new technology - like start-stop systems that save gas at stoplights, electric powertrains, fuel cells, etc. - essentially get extra credit above and beyond the fuel economy benefits these technologies provide.

Why Are Credits Important?
For some companies, these new fuel economy standards are not that big of a deal. Honda and Toyota, for example, already exceed the federal fuel economy requirement. These shouldn't have too much trouble hitting their marks in the future either, as Toyota has plans to produce a fleet of zero emissions fuel cell vehicles, more hybrids, etc. Same with Honda.

But for a company like Fiat-Chrysler, which mostly sells Ram trucks, Jeep SUVs, mini-vans, and muscle cars (at least in the US), these new standards are tough. First of all, Fiat-Chrysler doesn't have a large fleet of popular economy cars (aka Honda Civic and Toyota Corolla) they can use to offset some of their popular gas-guzzlers. Secondly, Fiat-Chrysler doesn't really have much to write home about in terms of hybrids, electric cars, fuel cells, etc.

Thus, Fiat-Chrylser has to choose between three options:

For a lot of reasons big and small, Fiat-Chrysler (and a lot of other automakers) are choosing the third option, buying and selling credits like kids swap baseball cards.

While Nissan was a big seller, it turns out that they don’t have the most credits...that particular honor belongs to Toyota and Honda, who have 60 percent of all credits available. 136.7 million to be exact (combined). While credits can be used by automakers for future production, they expire after 3 years. Honda and Toyota are going to let millions of credits expire this year, and will likely do that again next year.

Are Credits A Long-Term Solution?
Since Honda and Toyota have so many credits, and since credits expire after a few years, it seems possible that companies like Ferrari and Fiat-Chrysler could plan to buy credits from other automakers for the foreseeable future. While this is indeed possible, a plan to buy credits is risky:

What's more, there's no guarantee that politicians will allow credit exchanges to continue. After all, if the government prohibits the exchange of credits, they'll collect more fines.
Thus, the safest plan is for automakers to improve the efficiency of their vehicles. While buying emissions credits is a reasonable solution in the short term, there's no guarantee credits will be plentiful in years to come.

The million dollar question is, how are companies like Fiat-Chrysler and Ferrari going to meet fuel economy requirements without dramatically changing their core products?

Weapon wrote on May 1, 2014 - 8:38pm Permalink
I think the credits work well in this case, they incetivize the compliant companies while taxing the non-compliant ones all without wasting any tax payer money. As for meeting the requirements, didn't Ferrari say they plan on making hybrids? And fiat is expanding sales of their 500. Though aren't Fiat and Ferrari technically same company?
Parks McCants wrote on May 2, 2014 - 1:01pm Permalink
Corporate con game. end of report.