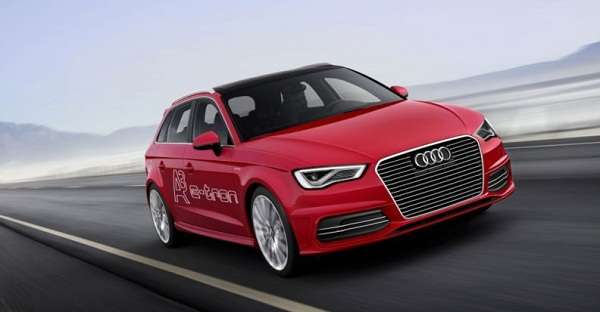 Though driving on electricity emits fewer greenhouse gases than gasoline, it is still not a true “zero emission” solution. Volkswagen and Audi aim to do something about that, but their solution will be minimally impactful for now.
Advertisement

Many incentives exist for purchasing an electric vehicle, even aside from tax credits and rebates. One of these is the reduction of one’s carbon footprint, the equivalent impact an individual or household has on climate change.

Environmentally conscious car owners may be already considering an electric vehicle simply because it is far cleaner than gasoline. Those who really care, though, ought to seriously consider a VW e-Golf battery electric or Audi A3 e-tron plug-in hybrid.

Lacking a home solar PV system, ordinarily an EV owner’s carbon footprint is at the mercy of the electric grid. That is why the Volkswagen Group has announced the introduction of a carbon offset program to mitigate not only the carbon emissions from charging the car, but also emissions related to its production and delivery.

The VW Group has allied itself with 3Degrees, a leading carbon offset provider based in San Francisco. Audi and Volkswagen will invest in projects that curtail carbon emissions to ultimately offset emissions from production through 30,000 miles of operation for the e-Golf and 50,000 total miles for the A3 e-tron.

We previously reported on a similar program the VW Group had implemented in Europe, and speculated that it may arrive in the United States with the e-Golf and the 2016 A3 e-tron.

The carbon offset program takes on a slightly different character here in the States. Volkswagen will invest in carbon reduction programs such as the Garcia River Forestry Project, the Big River and Salmon Creek Forests, and the McKinney Landfill.

Audi plans to invest in projects in the U.S. and Africa, and presumably will announce the specific programs closer to the U.S. launch of the A3 e-tron next fall.

The VW Group is also offering optional home solar power systems to customers in every state through a partnership with SunPower. In early 2015, SunPower’s proprietary energy storage system (batteries) will also be made available for the first time.

But is the VW Group really serious about fighting climate change?

In short, not serious enough. Although it is encouraging to see an influential automaker take steps to mitigate carbon emissions beyond simply offering an electric vehicle, the e-Golf and A3 e-tron will not be very high-volume vehicles. Of course, selling EVs in greater numbers is the best carbon mitigation strategy, and the VW Group has a long way to go on that front.

They're not alone in that, however, and plug-in vehicles feature prominently in their future plans. So for now we will applaud their initiative and look forward to a future with many more Audi, Porsche, and VW electric vehicles.

Bob wrote on August 7, 2014 - 7:38am Permalink
An automobile company with angst over carbon offsets and paying indulgences into the program. If you are concerned about CO2 from your car, or the power plant you plug it into, then stop riding and walk everywhere.
mike w wrote on August 11, 2014 - 7:09pm Permalink
The McKinney land fill VW is supporting does take landfill gas and burn it to produce electricity. This electricity would have a low carbon signature. Step in the right direction.
Bob wrote on August 11, 2014 - 11:42pm Permalink
What does "supporting" mean. I sure they dispose of trash in the landfill. It's a small landfill with a low gas flow. The power generation looks good.
mike w wrote on August 12, 2014 - 6:27pm Permalink
"Supporting" means VW is giving the owner/operator of the power generation equipment at the landfill money. These "OFFSET" markets usually provide cash to green energy producers to encourage construction and operation of various projects. It sounds like in this case the amount of money exchanged is based on the volume of landfill gas collected. Usually it is based on the amount of electricity the project generates.