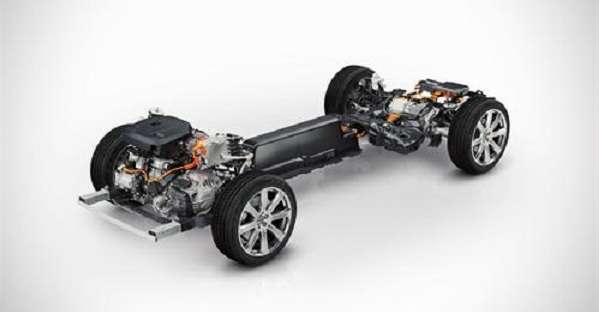 For those who like SUVs and saving money on gas, numerous plug-in options are on the way. The Volvo XC90 T8 promises to be the first and one of the most desirable.
Advertisement

By the end of next year, four enticing plug-in SUVs will have hit the U.S. market. The BMW X5 eDrive will offer the character of a BMW with superb efficiency and 20 miles of electric range, the Mitsubishi Outlander PHEV will be the most reasonably priced and offer up to 30 miles of electric range, and the Tesla Model X will be the sole all-electric option while offering the many attractive traits of Model S.

All of the aforementioned models should be excellent, highly efficient vehicles. But don’t forget the Swedes: the Volvo XC90 T8 plug-in hybrid demands your consideration. Volvo has issued a press release outlining the details of this electrified beast that aims to blow the (not-yet-arrived) competition away when it arrives in late 2014.

The all-wheel-drive plug-in version of the XC90 will be the top of the line trim bearing the T8 badge and capable of seating seven. Volvo describes it as a “plug-in electric car, hybrid car and high-performance car all rolled into one.”

Two numbers jump out from the press release: 400 horsepower and 472 lb-ft of torque. This is attained mainly by virtue of a 2.0L four-banger utilizing both a supercharger and a turbocharger to improve fuel economy while delivering elite performance across the entire power range. The engine will be mated to an 8-speed automatic transmission.

The gasoline powerplant will be supplemented with instant torque from the 80-hp electric motor driving the rear wheels that inspired Volvo to refer to its powertrain as “Twin Engine” technology. Technically it should be “Engine and a Motor” technology, but that doesn’t roll off the tongue quite as well.

The XC90 T8 will default to hybrid mode, but electric mode can be activated at the touch of a button for on-demand local emissions-free driving. Volvo expects electric range to be 25 miles, in line with the X5 eDrive and Outlander PHEV. The company claims carbon emissions of 60 g/km, which would be extremely impressive if it wasn’t achieved on the gentle NEDC driving cycle. Stay tuned for EPA numbers.

No photos of the production model have been released, but more details will be made available relatively soon. The XC90 T8 will take a page out of Tesla’s book with a large central touch display, and the interior of the top-trim luxury SUV is sure to impress.

Unfortunately, a top-trim luxury SUV with plug-in technology and 400 horsepower won’t come cheap. Pricing information has not yet been made available, but if you’re interested you should start saving now.

The Volvo XC90 T8 plug-in hybrid will be the first of the plug-in SUVs to reach the American market. Expect it to sell reasonably well for a vehicle in its price bracket; although it won’t bring the house down with industry-shaking sales, it will bring a big smile to the faces of its lucky owners and set the bar high for its competitors arriving next year.