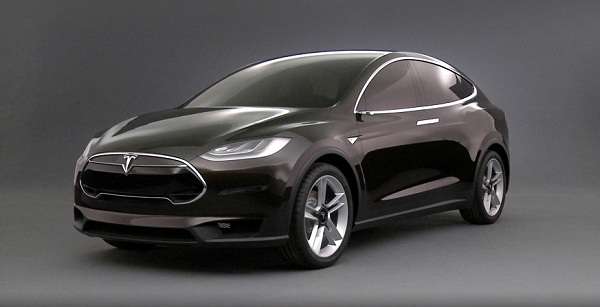 There is no doubt that the Tesla Model S has been wildly successful so far, but America’s newest automaker is just getting started. The upcoming SUV/crossover Model X will be even more popular, particularly in the United States.
Advertisement

The Tesla Model X was unveiled in early 2012, and according to an unofficial tally kept by the Tesla Motors Club has already collected more than 13,000 reservations leading up to its 2015 debut. This is but one indicator that Model X could outsell its predecessor in the United States.

For the sake of comparison, the exquisite Model S gathered about 15,000 reservations by the end of 2012 just before production ramped up. It sold 22,477 vehicles in 2013, an impressive number for a luxury sedan. Tesla expects to sell 35,000 Model S vehicles in 2014, except by the end of the year the United States may account for half the sales of Europe and Asia combined.

The early demand points to strong initial sales for Model X based on the track record of its sibling. It may not take long for the sleek SUV/crossover to outshine Model S, at least on American soil; Model X has several key features that will keep it in high demand.

First, it’s an SUV. Debatably a crossover (Elon Musk has called it both), but effectively a sport utility vehicle. Americans love SUVs and are willing to pay more to own them. We love the practicality they provide, even if the most demanding task many of us ever use them for is the occasional family road trip. And with three rows of seating, Model X will be able to haul the entire family farther and farther as the Supercharger network expands.

It also will have all-wheel drive. The standard AWD configuration is based on customer feedback; Tesla was initially planning to make AWD optional, but the overwhelming positive response from customers changed their minds. Though all-wheel drive is overrated in my opinion, it certainly seems to please a great many people and surely can’t hurt demand in snowier regions.

And have you seen the falcon wing doors? Previously the stuff of movies and high-end sports cars, the exotic rear doors actually are extremely practical the way Tesla has designed them. Access to the second and third rows will be a breeze, and they will open in even tighter spaces than traditional doors. That’s not to mention the head-turning effect they’ll have in the parking lot.

Finally, Model X sales will be strong because it comes on the heels of one of the most universally acclaimed automobiles ever made. Model S has firmly established Tesla’s reputation with its performance, safety, and owner satisfaction; it has successfully given the American public (at least the more affluent and educated public, the segment that Tesla targets) confidence in electric vehicles, particularly those built by Tesla. Model X will surely feed off that confidence.

Those bold enough to make an early reservation will likely be rewarded with a quality product. Elon Musk, speaking in a recent interview with Bloomberg, explained the reason Model X is taking so long to enter production: “I don’t want to come out with something where the production version is in any way worse than the prototype – in fact I really am quite insistent that the production version be superior to anything we’ve demonstrated before.”

The company is taking the time to get it right, and those waiting in line for this futuristic fusion of form and function will reap the reward. Model S will continue to shine, but Model X may just take the throne here in the United States.