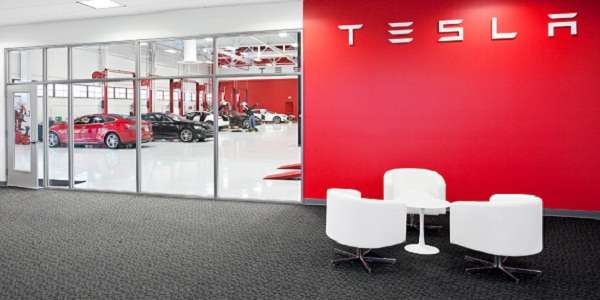 In a case that is starting to resemble last year’s New York Times test drive debacle, Tesla alleges factual inaccuracies in the story of a Wisconsin Model S owner and his lawyer, who has filed a lawsuit against the company under the state’s lemon laws.
Advertisement

Lemon laws exist to protect consumers from defective new vehicles and manufacturers who refuse to fix them. In Wisconsin, the law states that if a vehicle younger than a year old is out of service for at least 30 days or has a serious defect that cannot be fixed in four attempts, the owner has the right to file a lawsuit against the manufacturer if it fails to replace the vehicle or refund the price in a timely manner.

A Wisconsin Model S owner and his lawyer made headlines this week when the lawyer, Vince Megna, posted a rather strange video declaring his intent to file a lawsuit against Tesla under the lemon laws.

In the lawsuit Megna alleges that the vehicle suffered from over a dozen defects, most notably including failure to charge, failure to start, defective door handles, repeated blown fuses, and other electrical problems. The car was out of service for a whopping 66 days in its first five months. Megna also claims his client attempted to return his vehicle to Tesla for a refund in November but was ignored.

Yesterday Tesla fired back, as the company almost never misses an opportunity to aggressively defend itself. In a blog post on their website, Tesla made not-so-subtle accusations that the owner and his lawyer are not the victims they appear. The full post can be found here, but of note are two passages concerning the owner’s communication with the company as well as the fuse and door handle issues:

“There are factual inaccuracies in the lawyer's story. The customer did not make three demands for a buy-back. The only time any such claim was made was in a legal form letter sent to Tesla in November 2013 as a prerequisite for pursuing the claim in Wisconsin. Our service team was in close contact with the customer both before and after we received the letter, and the possibility of a buy-back was never mentioned during those discussions.”

“To give you a sense of our service relationship with this customer, it's worth considering our efforts to resolve two of his main complaints. One related to malfunctioning door handles. Even though our service team wasn't able to replicate the issue with the door handles as described, we replaced all the handles anyway. Despite the fix, the customer said the problem persisted. We were never able to reproduce the alleged malfunction but offered to inspect the car again and are still trying to do so.

Another issue was that the car's fuse blew on numerous occasions. Each time, our engineers explored all possible explanations and were never able to find anything wrong with the car. Still, just to be sure, we replaced several parts that could have been related to the alleged problem – all at no expense to the customer. When the fuse kept blowing despite the new parts, and faced with no diagnosis showing anything wrong with the car, the engineers were moved to consider the possibility that the fuse had been tampered with. After investigating, they determined that the car's front trunk had been opened immediately before the fuse failure on each of these occasions. (The fuse is accessed through the front trunk.) Ultimately, Tesla service applied non-tamper tape to the fuse switch. From that point on, the fuse performed flawlessly.”

There clearly appear to be some suspicious inconsistencies between the owner’s story and Tesla’s that will need to be resolved in the coming weeks. It is also worth noting that the same owner-lawyer duo filed a similar lawsuit just last year against Volvo, so these two aren’t new to the game. Observing this drama so far, one can’t help but be reminded of last year’s New York Times test drive that blew up into a major controversy.

In a nutshell, Times reporter John Broder took a Model S for a disastrous winter drive between Delaware and Connecticut using the still-budding Supercharger network. Broder wrote a scathing review reporting the most terrible case of range anxiety, to which Tesla CEO Elon Musk responded by providing the car’s data logs during the journey. That data showed the reporter may have been doing his best to intentionally run the car out of battery so he could write said scathing review. The New York Times eventually issued what amounted to an apology, although the dispute was never entirely resolved.

A concern to keep an eye on here is how Tesla’s unique sales agreement will affect how this plays out in court, assuming the lawsuit makes it that far. The agreement, which must be signed before a Model S can be purchased, states that any legal action brought against the company must be carried out in California. As the Milwaukee Journal-Sentinel points out, however, the Wisconsin lemon law clearly states that any waiver of buyer’s rights with respect to lemon laws is void.

It will be fascinating to see how this saga will unfold. Possibly less-than-upstanding motives aside, the owner appears to have a legitimate case for at least some of the claimed defects; the Tesla blog post notably left out any mention of failure to charge and start the car, and the vehicle was definitely not out of service for 66 days without legitimate cause.

Conspiracy or not, the legal battle will shed light on Tesla’s legal control over its customers. It will also draw further attention to the company’s way of selling its vehicles, and we have seen that Tesla will fight fiercely to protect that model. Stay tuned for more updates here from Torque News.