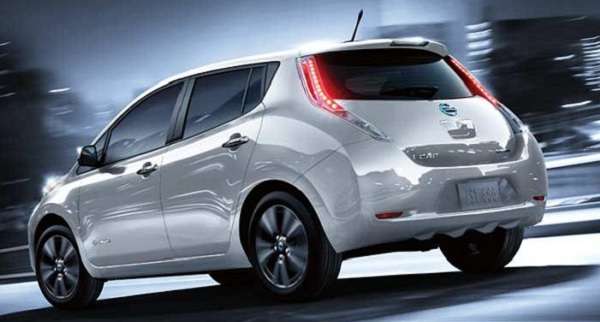 Nissan’s all-electric pioneer has been on a tear of late. Coming off a record-setting May, the LEAF didn’t disappoint in June.
Advertisement

When you start from the bottom, there is nowhere to go but up for quite a while. The Nissan LEAF has proven that and then some; June saw the world’s best-selling battery electric vehicle improve monthly U.S. sales from the previous year for the 16th month in a row.

The LEAF caused a stir in May when it moved 3,117 units, an all-time record for pure electric vehicles in the United States. It is a tally only bested by the plug-in hybrid Chevrolet Volt, which set the high watermark in August 2013 by selling 3,351 copies.

This means that the LEAF has set a monthly sales record for 16 consecutive months. So far in 2014 the distinctive EV has sold 12,736 copies, nearly a 30% improvement over the previous year. Expect close to 30,000 sales for the year, although the streak may come to an end soon with declining inventory levels as the 2015 model trickles to dealerships.

Nissan gives much of the credit for June sales to Texas. Toby Perry, director of EV sales and marketing for Nissan, said that “Since the Texas state incentive went into effect in May, we’ve seen a big jump in LEAF sales in the Austin, Dallas and Houston markets. Our dealers...had their best LEAF sales performance in the last weekend in June.”

Looking forward, LEAF sales could be positively affected to some extent by the 2015 model year battery modifications for better tolerance of extreme heat as well as the recent announcement of satisfactorily low replacement battery pricing. The real game-changer, though, will not arrive until at least 2016 in the form of the next-generation LEAF that will almost certainly provide options for battery size and possibly up to 150 miles of range.