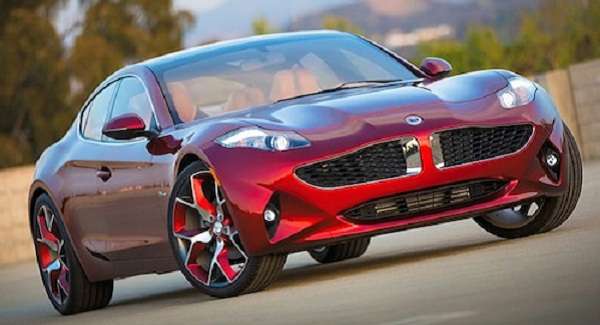 Fisker plots an unlikely comeback, may restart production of Karma next year

Though best known for losing most of the money it received from the government as part of President Obama’s stimulus plan, the new owner of Fisker has breathed life into the electric automaker that could return to production as early as next year.
Advertisement

The road to an electric mobility future is and will be lined with failures, promising companies that broke down along the way to achieving their lofty goals, to paraphrase an old New York Times headline. Fisker was one of those companies; that darling of the Department of Energy loan program had grand plans for its sleek Karma plug-in electric flagship luxury sedan, a less expensive but similarly jaw-dropping Atlantic model, and a Delaware plant in which to build its vehicles.

But reality caught up to Fisker quickly. Almost a year ago today, the New York Times reported that a combination of technical problems, management turmoil, the failure of battery supplier A123 Systems, and even the weather (200 vehicles were destroyed in a Hurricane Sandy flood) led to the startup automaker’s demise and the disappearance of most of the $192 million it had borrowed from taxpayers. Fisker became a popular target for anti-big-government and anti-EV conservatives everywhere, and even featured in the 2012 presidential debates.

Oh, the difference a year makes. Fisker is still broken down on the side of that road to the electric mobility promised land, but an unlikely (or perhaps likely) hero has come to the rescue. Wanxiang America Corporation, the new owner of Fisker Automotive, is a division of China’s Wanxiang Group that has deep pockets and specializes in propping up struggling businesses that display potential, and has made Fisker its latest restoration project.

Wanxiang purchased Fisker at auction for $149 million in February of this year, not long after also purchasing former Fisker battery supplier A123 Systems in late 2012. Though A123 is shifting its focus to micro-hybrid batteries, according to Automotive News the battery maker will supply Fisker if it rises from the ashes to build cars again.

And if Fisker’s interim president Roger Brown is to believed, that day might not be far off. The Orange County Register reported on Friday that the company plans to bring back the Karma in mid-2015. Not content to stop there, Brown went on to say that a wagon variant of the Karma called the Surf could ship in 2016 to be followed by the much-hyped Atlantic in 2017.

A great deal of Brown’s confidence comes from faith in Fisker’s new owner:

“Wanxiang is not flashy. They bought this company, they paid cash for it, they don’t put any debt on their company and they execute. They didn’t buy the company to export the technology to China...They bought it because they want to build a great car company.”

Brown also has said that there is a “50-50 chance” that Fisker (which may or may not keep the old name) will move into an old GM plant in Delaware in which it had once planned to produce its vehicles. Brown said shifting production to the Newport facility “makes economic sense.”

We would love to see Fisker regain its old swagger, as the Karma and its little brother Atlantic are two absolutely beautiful electric cars. Hopefully as the company retools it will be mindful of its past mistakes and avoid the issues that plagued the previous launch of the Karma. It also couldn’t hurt to change the name; shedding the stigma associated with the name Fisker might be important for the second incarnation of the startup automaker.

Fisker isn’t back on the road yet, but it looks like they could be a player in the EV industry once more. Tesla, especially contrasted with other failed EV startups, has proven that you have to do almost everything right to succeed as an electric newcomer to the auto industry. Fisker 1.0 was far from achieving such perfection; let’s hope Fisker 2.0 is a significant upgrade.