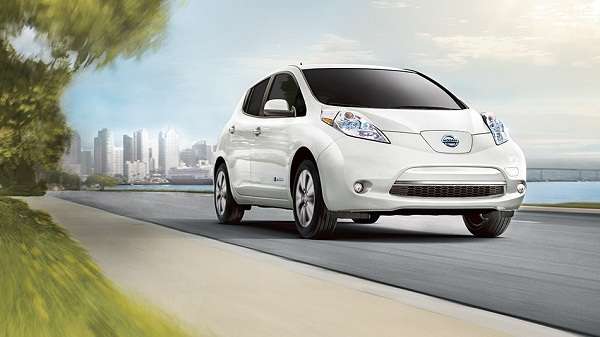 A clever way to make electric vehicles cheaper than gas-burners

The city of Indianapolis will demonstrate over the next decade or so the easiest way to make electric cars cheaper than their conventional counterparts, thanks to a clever financing program.
Advertisement

However, that initial cost disadvantage vanishes if an electric vehicle is owned long enough. Fueling and maintenance costs are dramatically lower for EVs – depending on the price of gas and electricity (and the efficiency of the comparison vehicles), electric cars can be 3 to 5 times cheaper to operate than their conventional counterparts.

Indianapolis gets creative with EV financing

The financial benefits of owning an electric vehicle are maximized in fleet operation, where vehicles are driven a high number of miles annually in largely urban environments. The city of Indianapolis recognized this, and then took it one step further.

According to Charged EVs, a company called Vision Fleet worked with Indianapolis to bundle together the electric vehicle purchase, fueling, maintenance, and insurance costs into a single yearly rate. The results make converting the city’s “Freedom Fleet” to electric cars a no-brainer.

Each Freedom Fleet vehicle will cost approximately $7,400 per year, as opposed to $9,000 for a typical gasoline-burner.

Indianapolis plans to phase in 100 vehicles with Nissan LEAF, Chevrolet Volt, and Ford Fusion Energi badges by the end of the year. By the start of 2016, the city plans to have an imposing electric fleet of 425 vehicles.

“This is a landmark step in revitalizing our aging fleet and replacing expensive internal combustion engine vehicles with cutting-edge EV technology, all while reducing our dependence on oil and saving Indianapolis taxpayers thousands in fuel costs each year,” said Mayor Greg Ballard. “America’s dependence on oil ties our national and economic security to a highly unpredictable, cartel-influenced global oil market. Diversifying the types of vehicles and fuels available to our drivers offers our city protection from often-volatile oil prices and better prepares us for the future.”

Indianapolis expects to save 2.2 million gallons of gasoline over the next 10 years as a result of the fleet electrification. The cost of fueling the electric vehicles is expected to be about one-third the cost of the outgoing gasoline cars.

Is this financing option feasible for real-world customers?

It is one thing to get clever with EV financing for fleets, but what about retail customers? Is it possible to entice customers by packaging purchase price, fueling, and maintenance costs into one monthly payment?

If car buyers were presented with a side-by-side comparison of three-, five-, or eight-year cost of ownership with a typical gasoline car in the same segment, surely it would be easier to recognize the long-term financial benefit of owning an electric vehicle. But each vehicle’s window sticker already comes with an estimated annual fuel savings compared with the average car, and that has little effect on the typical consumer.

And in the real world, people don’t often own one vehicle for a full 10 years as fleets do. Returning an electric car after three years, as many leasees do, means that owners do not realize the long-term cost savings – though with government and dealer incentives, today’s EVs often have attractive lease rates relative to their sticker price.

Though such a financing structure is not realistic for the consumer, this fleet deal set up by Vision Fleet and the city of Indianapolis shows that electric cars can be quite cost-competitive in the long run. Kudos to the capital of Indiana for displaying commendable EV initiative.

JP White wrote on November 1, 2014 - 3:39pm Permalink
Here's a clever way to make EV's cheaper than gas cars. Drive One!!
Drucifer wrote on June 5, 2015 - 8:40am Permalink
People who are getting EV's have already figured this out. Most people have not, nor have they done the math to add car payment/fuel/maintenance/insurance etc. to come up with a TCO (total cost of ownership). Most people would be shocked how much the really spend on their car, since they compartmentalize the various payments - if they think about them at all.