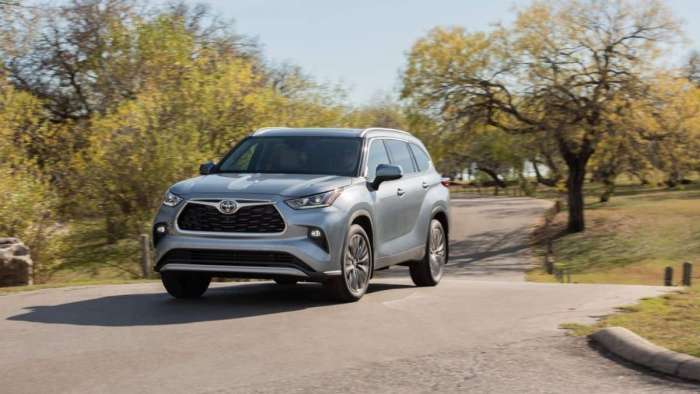 With every single aspect of the new Highlander getting a makeover, will the windshield finally be as reliable as the entire car?
Advertisement

Getting a chipped windshield in any car is almost as common as getting a flat tire. It’s happened to almost all of us and we either bought the repair kits or called the dealer and got it replaced. While more cumbersome and dangerous than a flat tire, the Windshield is designed to not shatter into a million pieces as regular glass would. Per the DOT’s regulations, windshields must be made out of laminated glass in an automobile so that on impact, it won’t rain glass on you.

On all Toyota cars, you will find laminated glass as your windshield which can break, chip, or crack but it won’t necessarily ruin the entire windshield. This is also based on what hits you. If I drop a boulder on your windshield from a 4-story building, no windshield has a chance. However, say a tiny pebble from another car gets airborne and hits your windshield, you may get a small chip or crack at minimum the size of a quarter. If it is small enough, you can fix it with the kits they sell online.

However, a recent post on Facebook’s Toyota Highlander Owners Club Group shows that the Toyota highlander’s glass is more prone to breaking than others. Some people with bad felicity may have experienced a crack screen more than once in their lifetime or even in the same car. Joshua Redding asked, “How many windshields have you had to replace in your Highlander?? This glass sucks.” Let’s look and see what some of the other owners said.

Almost none of these cars were 2022 Cars and only a few were sub-2015. Most of the cars mentioned in this post were anywhere from 2015-to 2021 models. However, your 2022 Highlander still uses the same glass with just a different shape. 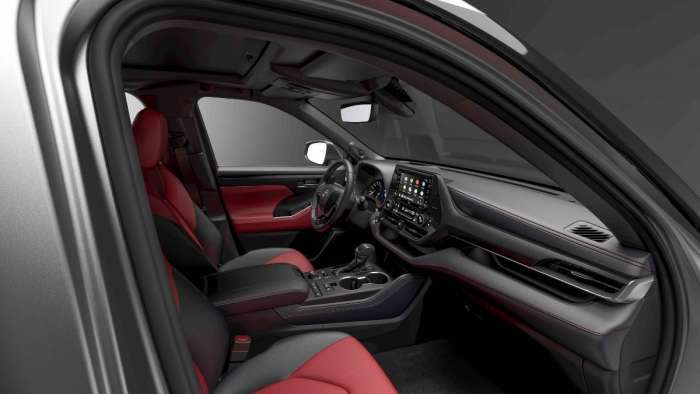 Lisa Stephenson said, “2021: cracked (size of a quarter) from a rock 4 months into new ownership. Got a temporary fix by Safelight. As soon as 90-degree temps hit us it spread like wildfire.” It’s true, that a temporary fix is more likely to crack due to temperature changes. That’s why you should never pour hot water on your windshield if it is frosted. The resin they use to fix cracks is not the same material thus giving it different properties when in touch with heat.

Thomas Cone said, “On my 2019, I've replaced one and a few months later got a crack on the bottom which I'm not replacing until I have to.” Replacing a windshield is more expensive than fixing one. An OEM windshield from Toyota costs around $400 for select models and that doesn’t include installation.

There are many products you can use on your windshield to give it a longer life. For some cars, you can buy a whole screen protector like you could on your phone. For most, there are chemicals that you apply that create a new hydrophobic surface which let water drops slide off easier.

Toyota is trying to make things cheaper in their cars and make production as efficient as possible. We recently wrote an article about Toyota’s diminishing GPS reputation and how they are shying away from investing time and resources in GPS development. While the Toyota windshields are not the worst on the market, they certainly are not comparable to Tesla or German windshields. However, Toyota could be starting to shy away from stronger glass development without jeopardizing driver safety for the sake of re-allocating their resources to better MPG or better comfort.

What do you think? Has your Highlander ever gotten a cracked or chipped screen? Did you replace it or fix it? Let us know in the comments below.

Joleta Casey wrote on May 16, 2022 - 8:25pm Permalink
I replaced my front windshield cost was 750.00
Jan wrote on May 19, 2022 - 1:56pm Permalink
Bought a used highlander. I have had it for a year. A rock hit the windshield and it cracked up into the middle of the window. I had to get a new windshield.
Jim wrote on May 19, 2022 - 11:47pm Permalink
2022 Highlander. Last month got a rock chip and had it fixed. Then two days ago got another rock that cracked the windshield and had to replace it.
Dave wrote on May 20, 2022 - 9:22am Permalink
It would be interesting to know who made these windshields. That information is in the label on each and every windshield. I do find a fault in the article. If the 2022 Highlander windshield is a different shape than earlier models then it is not the same as earlier models. Likewise, Toyota may have changed suppliers. Have you ever driven a Wrangler or Gladiator? They attract rock chips like bugs.
Shawn wrote on May 22, 2022 - 7:02pm Permalink
Just had the windshield crack today. Ninety degrees. This will be the 2nd windshield since I bought my Highlander new in August of 2018
Travis King wrote on June 11, 2022 - 8:48am Permalink
I bought a pre-owned 2016 Highlander 2 years ago, and I'm about to order my 2nd windshield replacement, due to cracks. My insurance deductible was $500 in both cases.