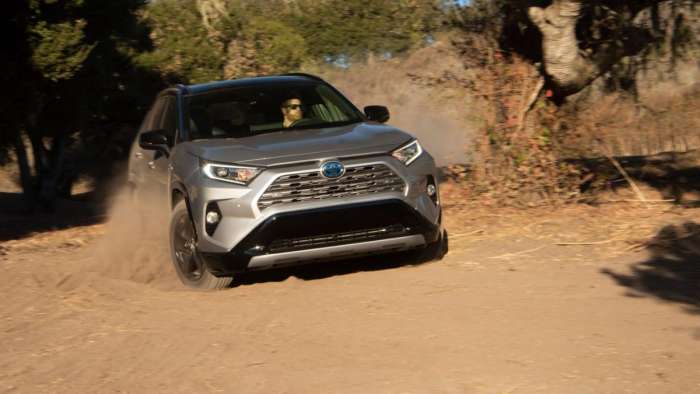 If you are the owner of a 2022 Toyota RAV4 Hybrid, chances are you had your fair share of the ill-performing navigation system if your car came with it.
Advertisement

Navigation systems such as built-in GPS or compasses have been around since the turn of the millennium. At first, they were peak technology only available in high-end luxury cars but as automakers started to invest in advancing their infotainment systems, it started to become a norm for your average suburban family car to have a nav system.

However, as people started to use their phones more and cars started to come with Apple CarPlay and Android Auto, automakers started to invest less and less in their GPS systems and focus more on driver-oriented infotainment like augmented reality (heads up displays) or self-driving modes. Don’t get me wrong, a lot of cars have great and fast GPS systems but if you were to look at a progression chart, we are starting to see the beginning of a plateau in GPS advancement.

With that being said, many 2022 Toyota RAV4 Hybrid owners shared in a Facebook post that their built-in GPS is, “clunky” and “laggy”. On Facebook’s Toyota RAV4 Hybrid group, Prabhat Acharya asked what other owners thought of the GPS. He said, “A fantastic car with the most horrible GPS and map features. So bad that I find it hard to believe any thought went to its design. What do other owners think?” 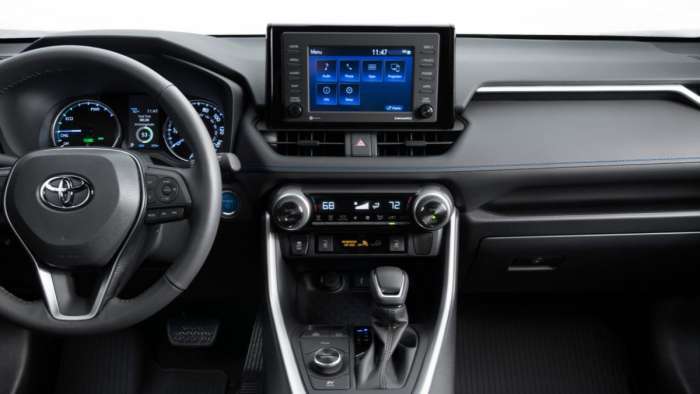 Recently, Torque News reviewed the 2022 Toyota Sienna Hybrid and we really paid attention to how the car reacted to the user. One of those tests was to see how well the GPS was. According to our results, the GPS was very responsive when giving direction but a little laggy when trying to find a location via the search bar. We also noticed that the results came faster if you used voice search instead of typing it in.

Remember these cars are not supercomputers and the whole point of it is to allow you to take yourself somewhere. Every affordable family car is going to have a little lag problem here or there, it’s nothing to not be expected.

However, Toyota has the tendency to re-use some things in other models like almost every single major automaker out there. So, if the GPS is “subpar” in the RAV4 Hybrid, chances are it’s the same GPS in your Camry or Corolla. Let’s take a look at what other 2022 Toyota RAV4 Hybrid owners had to say about the GPS.

Victor Lazaro said, “I use CarPlay with my google maps. The whole native software is pretty bad, but CarPlay is amazing!” A lot of people whose cars come equipped with Apple CarPlay tend to use it more than you think. One of my friends has a 2021 Honda Accord Sport and he told me that Apple CarPlay was a must when he was looking for a new car.

Robert Hutchinson said, “Don’t use it, apple play and Waze.” I have used Waze a few times (only when they added the Terry Cruse voice) and I really liked it. The features and options that you got for free were not available in most luxury cars even. If I did get annoyed with Google Maps for whatever reason, I would switch to Waze with no hesitation. It even shows up on your car’s screen if you connect via Apple CarPlay.

A lot of people who had bad experiences in the past with Toyota’s GPS seem to like the fact that they can switch over to Apple CarPlay or Android Auto. Out of 30 comments posted on that discussion, more than half said they either didn’t like it or they used a third-part GPS from their phone or Apple or Android Auto. The other half didn’t specifically give a preference rather, they just gave solutions to Prabhat’s question. Although I think they probably would have used the same third-party GPS systems as the others.

What do you think? Do you like Toyota’s GPS system? What 3rd party do you use? Let us know in the comments below.

mike eatman wrote on May 13, 2022 - 8:51am Permalink
It's a shame such a fine car has such a poor navigation system. It is not intuitive, and the maps are often outdated. If we're depending on electronic navigation, we use our phones.
Ray Collington wrote on May 14, 2022 - 2:00pm Permalink
I find all in-car systems wanting. Our BMW's logic getting us from A to B is awful. We have a new Toyota and it's OK. While we prefer CarPlay or Android Auto why should manufacturers spend huge sums developing their own platforms when most of us prefer our phones. Toyota reliability means I'll happily take whatever they put in it. I want to get there rather than listen to a great multimedia system while I broken down waiting for the tow truck.
Harutiun Hareyan wrote on May 16, 2022 - 8:51am Permalink
Hi Mike, Honestly, I am not that sad because using Android Auto or Apple CP is way more efferent than pulling over to put in an address.
Judy Hennessey wrote on May 18, 2022 - 12:54pm Permalink
The gps navigation system in my rav4 is so bad I refuse to ever use it again. Imagine this mild mannered grandmother doing a cross state trip from Naples Florida to Fort Lauderdale. Dimple right? Well my rav 4 system managed to guide me through the backroads of Naples and I swear to God I ended up in the Everglades! No interstate 75, just dirt roads through the Everglades. A normal 90 minute crossing took me four hours. I kept telling myself as I navigated through gator and python infested back country to just keep heading East as I would eventually re