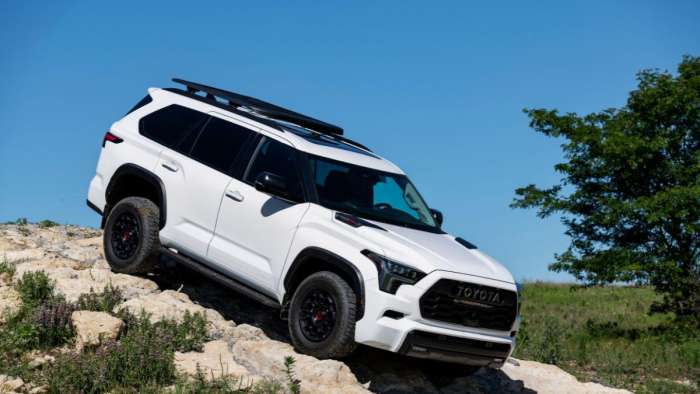 Are Owners Really Going to Tow Anything with the 2023 Toyota Sequoia?

If you plan on purchasing the new Toyota Sequoia, do you plan on towing? A lot of future owners say yes.
Advertisement

With the new 2023 Toyota Sequoia about to hit the dealer’s lots, now is the time to really think if the new Sequoia is for you. Unfortunately, our passions get the best of us. I for one would be one of those people who would jump at the Sequoia without even thinking on it.

I just love the way it sits and how it’s a literal box on wheels. Even in this economic day and age this SUV looks like something that will make your Prius move over on the highway. Even looking at press photos of the car it makes me feel intimidated. If “give me your lunch money” was a car design, it would be the new Sequoia. 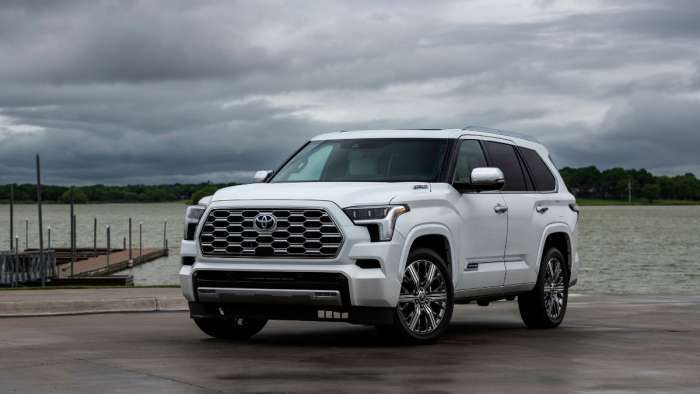 However other than being a menacing SUV, would owners use it as a true SUV and tow things? Or would it be one of those SUVs like the Suburban that moms use to round up their 5 kids after soccer practice? Interestingly enough, this became a topic on Facebook’s 2023 Toyota Sequoia group. Jay Liu said, “Anyone plan to tow with this? What trim are you considering?”

Now it is true that the new Sequoia’s drivetrain will be more “tow-able” oriented but the fact that this can substitute a pickup like the Tundra is not necessarily true. The new Sequoia is rated to tow about 9500 pounds at the maximum. So, the question of whether or not owners would tow is quite an interesting and important question. Let’s see what future owners have to say.

It also seems that most of the people who plan on towing are also opting for the Platinum or Capstone trims which come with the rear end airbag tow system meant to make towing easier and prevent sagging near the neck.

I think that with more and more options becoming available, future owners might think of a better way to tow things like trailers or mini campers. If you plan on just getting a regular Sequoia, towing the family pontoon won’t be a problem considering that these things are built to take a blast.

What do you think? Would you tow anything if you owned a 2023 Sequoia? Let us know in the comment below.

John Goreham wrote on August 1, 2022 - 12:36pm Permalink
I liked this story very much. 9500 pounds is the equivalent of three Honda Civics or a large boat plus a horse trailer. No homeowner needs to tow that much weight. I have a Highlander with a tow hitch I bought just so i could use a hitch-mounted bike rack. I'd say with confidence I am in the 1% of Highlander owners that ever uses the trailer hitch for anything.
Graham Taylor wrote on August 3, 2022 - 9:59pm Permalink
Hybrid with the full tow package, hell yes I'd tow with it. My 26 foot grand design camper weighs almost 8k lbs. I wouldn't take that rig boon docking, but it would make the rounds to campgrounds with the kayaks on the roof.
Hugh wrote on August 6, 2022 - 6:53am Permalink
We have towed our 33' travel trailer thousands of miles (6k dry, 8k gvwr) with both a 2008 limited and 2016 platinum both with air suspension very successfully. We will absolutely tow with the next generation. It helps that I have been a CDL driver for 40 years.