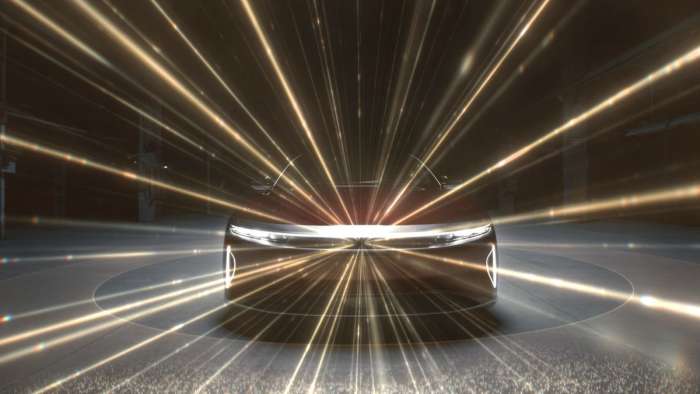 Lucid's flagship shares top honors with two other very different EVs on its way to another accolade. Find out which ones here, as well as the features that brought each to the top.
Advertisement

MotorWeek is one of the nation's longest running and most respected automotive outlets on television. From its founding in 1981 the show has tested thousands of cars and trucks around its private track and out on the road in the real world. MotorWeek's annual Drivers' Choice Awards have been handed out since 1983, judging competitors on price, practicality, performance, and fuel efficiency.

MotorWeek has named the Lucid Air as Best EV for 2022, though it's an honor shared with two other electric vehicles. All three serve entirely different market segments, and I believe that the three-way tie is a result of the Drivers' Choice Awards not having enough EV categories. That'll change in the future, but this year the Lucid Air shares its trophy with the (now more expensive) Rivian R1T and the Volkswagen ID.4. 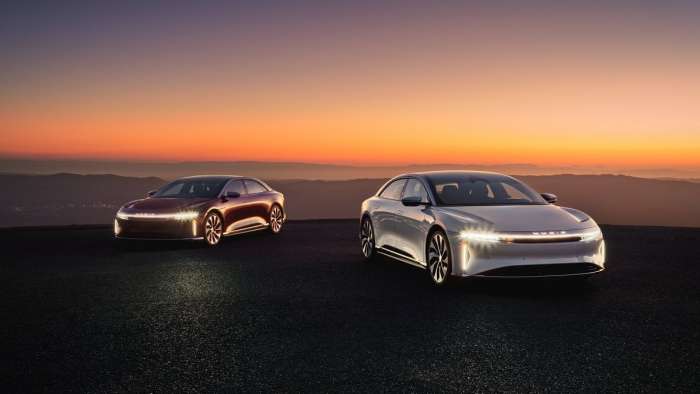 Lucid Air Dream Edition
Like many of the awards bodies that have praised the Lucid Air recently, MotorWeek's judges were highly impressed by the Dream Edition Performance's horsepower figure, 0-60 mph time, and near-500 mile range. The Range version of the Dream Edition also received a mention, with the judges stating:

"If that’s not enough to dispel your range anxiety, a Range version pushes it to 520-miles, though operates with “only” 933-horsepower." 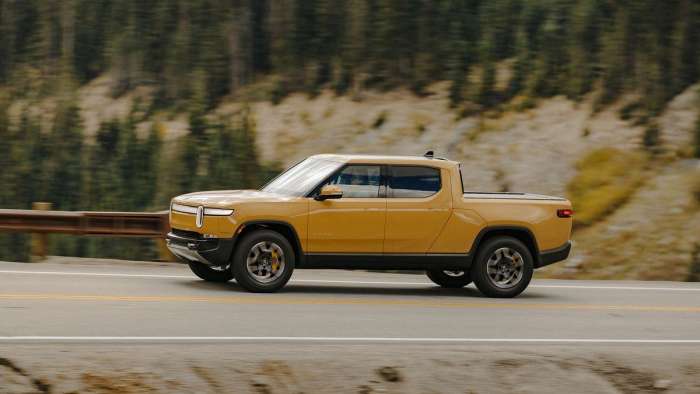 Rivian R1T
MotorWeek hailed the Rivian R1T as a breakthrough vehicle because of its ability to "offer what pickup people really need." That means towing (11,000 lbs. capacity, around the same as top-of-the-line light-duty trucks from Detroit's Big Three), the ability to traverse difficult off-road trails, and up to 314 miles of range. Interestingly, the judges also praised the R1T for feeling like a sport sedan on twisty roads. I'm not aware of any sport sedans that weigh nearly 8000 lbs., though with much of that weight down low and instant electric torque on tap they may be onto something. 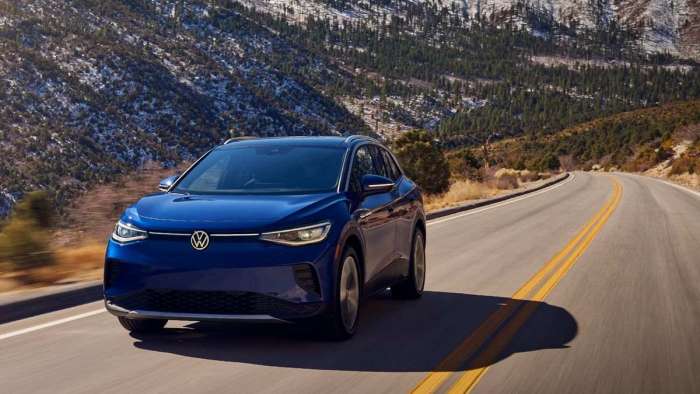 Volkswagen ID.4
A normal, everyday electric SUV to the Lucid's powerful luxury and the Rivian's spirit of electric adventure, the ID.4 shares in the EV honors because of just how much it resembles the small SUVs that buyers are already familiar with. MotorWeek's judges say that the first vehicle born from VW's ID sub-brand could be all the SUV you ever need, available in rear- or all-wheel drive and capable of up to 260 miles of range. Most importantly of all, it drives and is priced like run-of-the-mill gas SUVS. The Lucids and Rivians of the world may grab most of the headlines, but it's everyday vehicles like the ID.4 that will make up much of the buyer migration from gas to EV.

Here's a list of all the other Drivers' Choice Awards winners:

The Ford Maverick took home the ultimate Best of the Year award, and you can read all about it here.

Images by Lucid Motors, Rivian, and Volkswagen licensed by CC BY 2.0.

Jimmy wrote on February 16, 2022 - 9:47pm Permalink
James, Lucid was rated the "Best EV for 2022" by MotorTrend not MotorWeek. I can't trust the content of your articles anymore.
James Walker wrote on February 17, 2022 - 4:37pm Permalink
MotorTrend named it the overall Car of the Year, MotorWeek is a different publication and the Lucid was joint-Best EV as it says above. The Ford Maverick won top honors in those awards.
DeanMcManis wrote on February 19, 2022 - 7:35pm Permalink
And of course the crime (as usual) is that no Teslas are in the list, which was derived by carefully restricting the categories. That doesn't mean that Lucid, Rivian, and VW shouldn't win their awards, as they each have designed and engineered breakthrough EVs that deserve praise. But how can you have 70% of nationwide EV sales going to Tesla, and have it not win some sort of EV award? Because it clearly is the best in certain areas that actually drive buyers to choose a Tesla. But this is a clear case of advertising corruption.
William WAGENER wrote on February 20, 2022 - 1:46am Permalink
I put my first $1000. Down on a new Tesla X, back in 2015~ and when it finally came in July 2018, i failed to pick it up in 7 days, and lost my $1000, but they gave me credit for my $2,500 selection specifics when i put another $1000 down on anther Tesla X, which i put balance down on deposit, of $42,000, and in july of this year it will be finally paid for in full. Difference is i could not get the "Creme" color interior any more and instead of a 0.9% intetest rate i am paying 3.0% interest. Still its the best car i ever drove. But haven't driven a Lucid yet! My mistake was buying the car, though i love it. If i had put that cash down into the tesla stock, in 2015, & 2019 ... omg. Today I'd have a red, a blue & a white tesla X all paid for. Now i am holding Lucid stock, 200 ahares and will buy more, soon. Live and learn.
James Walker wrote on February 22, 2022 - 10:11am Permalink
Hopefully LCID goes the same way as Tesla! Fingers crossed.