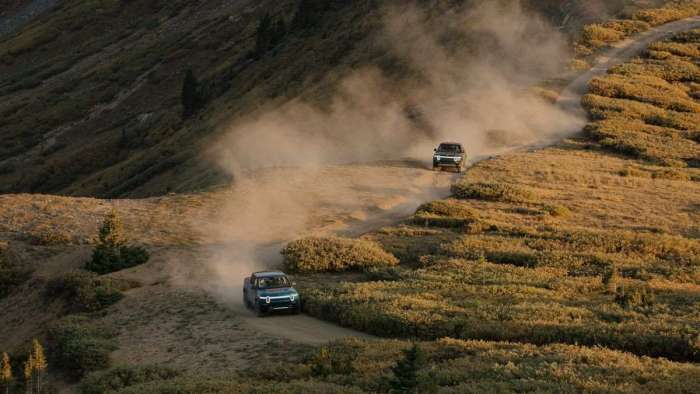 Rivian bumped the price of its flagship EVs by over $10,000 without warning, sparking fury from preorder customers. The price-hike plans have now been reversed: "It was wrong and we broke your trust in Rivian."
Advertisement

Rivian CEO RJ Scaringe has issued an open letter to the company's customers apologizing for a price hike which would have added a minimum of $12,000 to the cost of each R1T pickup and R1S SUV. The planned price increase was announced in a fairly vague email to customers which cited "the result of inflationary pressure on the cost of supplier components and raw materials across the world" as the reason behind a $6000 increase in the cost of a quad-motor R1T pickup.

The email informed customers that they would be forced to upgrade from Rivian's Standard battery to the Large option, which carries a further $6000 bump. Optional extras also increased in price, with one preorder customer reporting that the price of his R1T had risen by $20,000 overnight. The kicker? Rivian's announcement that 'we're updating your account to reflect these changes' without asking customers how they feel about paying at least $12k more than was agreed.

"We’re in the process of updating your Rivian Account page to reflect these adjustments and we will send you an email notification when the update is complete."

Customer Backlash
The R1S will now only come in 7-seat configuration, and while the price of the dual-motor version of the R1T remains unaffected deliveries won't begin until 2024. Customers were understandably furious with the price increase as well as Rivian's handling of it:

#rivian @RJScaringe Cancelled my pre-order today as the price increase would have meant an extra $23k for my config. Best of luck, I'll be taking my adventure in a different vehicle though. pic.twitter.com/JXK41idCId


You just lost me as a customer with this sudden price increase. How can anyone afford a new vehicle these days.

Rivian's U-Turn
Rivian heard the fury, took responsibility, and is trying to make amends, announcing that it will honor the prices of all reservations made before the updated pricing took effect on March 1st. In an open letter to customers CEO RJ Scaringe apologized for breaking consumers' trust and stating that the prices were originally set in 2018 and need to be updated to cover current costs as well plan for future inflation.

The open letter from @RJScaringe to all Rivian $RIVN preorder holders, rolling back the price hikes. pic.twitter.com/1KLmCk1AyM

Customers who cancelled their reservations after the price hike can reinstate their orders with the same terms and prices as agreed when they first put down their $1000 deposit. The price increases apply to any reservations placed after March 1st.