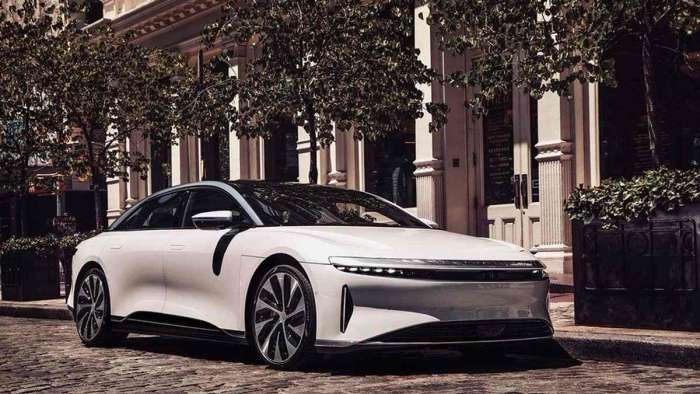 Lucid's Air sedans head north of the border for Vancouver photo ops before taking the stunning Sea-to-Sky highway up the coast to Whistler.
Advertisement

The route from Vancouver to Whistler and beyond has been named as one of the world's best road trips, and some lucky Lucid employees have been experiencing it from behind the wheel of the company's flagship sedan. In true Pacific Northwest style, it rained for much of the journey.

A rainy welcome to Canada and #vancouver, pic.twitter.com/PvWua3gETy


This is no Canadian Lucid Rally (although there are few better roads on which to stage one), but a PR and testing event for Lucid. Starting from Vancouver's Canada Place, which is a large convention center and ferry terminal on the edge of Vancouver Harbor, the cars took a tour of the city before heading out over the Lions Gate Bridge and onto the Sea to Sky Highway.


Sea to Sky, Literally
The highway, AKA Highway 99, runs from the US border through Vancouver and heads north up the coast before heading inland, with its highest point reaching 4,183 feet above sea level. I drove this road in June, and I can truly say that you should believe the hype. If you love driving you must experience it in your lifetime. Mile after mile of sweeping corners with stunning mountains and bay views are matched by a smooth, swooping road with innumerable climbs and falls. Old, unpaved mining and logging roads branch off from it for the truly adventurous.

Perhaps best to give those a miss in your $169,000 luxury EV, but sticking to the paved road must be a joyous experience with the Air's all-wheel drive and 730+ lb.-ft. of torque on tap. 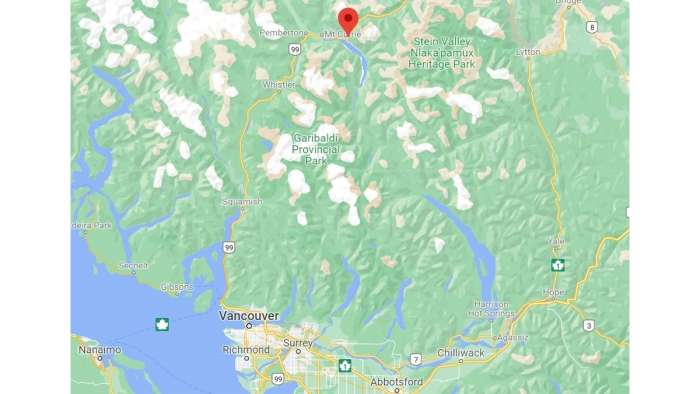 Vancouver Island
A trio of Lucids have also been spotted on Vancouver Island wearing California license plates and testing out chargers at an Electrify Canada (same as Electrify America) station in Nanaimo. Clearly Lucid want to make sure its cars can charge as rapidly north of the border as south.

Today, at the @CanadaElectify Charge station at Canadian Tire Nanaimo, I had the privilege of seeing three Lucid cars from California!
They are up here for the manufacturer, testing charge stations on their vehicles.
Will @LucidMotors be your next EV? #Awesomelucid pic.twitter.com/pWjHnTlT8s

Images by Lucid Motors and Google Maps licensed by CC BY 2.0.