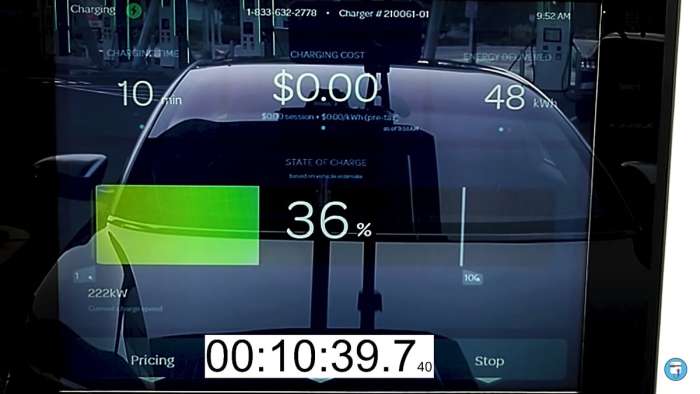 Video from InsideEVs shows exactly how long it takes to charge a Lucid Air from 0-100%, as well as how much energy is lost along the way.
Advertisement

The video included below shows Tom Moloughney, Senior Editor at InsideEVs, testing Lucid's claims of being the fastest-charging EV on the market in real-world settings. The Air in question is one of Lucid's press vehicles and was provided to Tom for him to take to a charging station of his choice.

A Confident Lucid
Moloughney actually suggested performing the test with a fast charger at Lucid's HQ in Newark, California, citing the fact that he was flying in to shoot the video and wanted to eliminate the possibility of faulty infrastructure causing problems, but Lucid replied that they didn't want there to be any room for allegations of foul play in the testing and that he could take the Air to any charging station with the ability to deliver power at the speed that the car could take it on. An Electrify America station was chosen for the test, and Lucid contacted the company to make sure everything was working properly at the location. That's where the manufacturer's involvement in the test ended.

The station chosen is located in Santa Clara and has a total of fourteen chargers; two of which are the 350 kW units that the Air needs to realize its fastest charging abilities (300 kW). The station is Electrify America's 200th in California and features a solar panel roof to gather what energy it can from the sun, as well as on-site storage capabilities so it can draw and store power from the grid overnight when energy prices are lower. 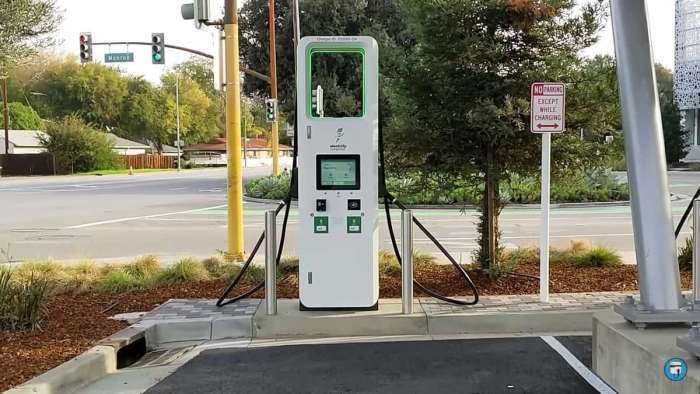 The Test Itself
With the Air's battery preconditioned to the best temperature for charging (88 Fahrenheit/31 Celsius) the test gets under way and right out of the gate the battery charges at a speed of 271 kW. After 90 seconds that speed's above 300 kW and the battery is 10% charged after just 3 minutes. By the 12 minute mark that increases to 40% charged with 200 miles of range added to the Air.

After 37 minutes the battery has taken on 80% of a full charge for 400 miles of range, and it's here that things start to slow down. Due to the way in which batteries charge quicker the emptier they are, it takes a further 45 minutes to go from 80% to 100% charged, and Moloughney reminds us that unless you absolutely need the maximum range possible it's better to stop charging at 80%. The Air allows owners to set charging limits to this end though its attractive user interface.

Incurred Losses
All in all, it takes the Lucid Air an hour and twenty two minutes to charge from 0-100%. Interestingly, the charger shows that it has put out 134 kWh; quite a bit more than the Air's claimed 118 kWh battery pack. This figure represents a loss of around 13.5%, which Moloughney ascribes to heat losses, electrical resistance, and the Air's onboard cooling systems working hard to keep everything at an optimal temperature while taking on a lot of charge in a short amount of time.

Images and video from Tom Moloughney licensed under CC BY 2.0.