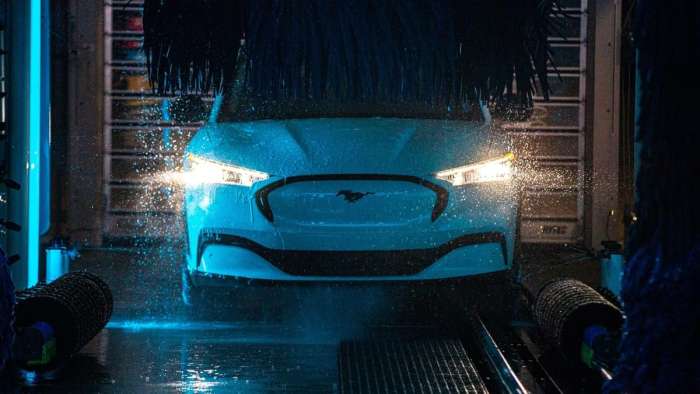 The first jointly-developed product would have worn Ford badging and be built on Rivian's "skateboard" platform. Now Ford is confident that they don't need Rivian's help.
Advertisement

Ford and Rivian will no longer be developing electric vehicles together, according to Ford CEO Jim Farley's recent interview with Automotive News. Ford owns a 12% stake in Rivian, and made more than $7 billion from the EV startup's recent IPO, but believes that it has advanced its own EV technology to the point that it no longer needs to piggyback on the Rivian platform.

The deal to develop future EVs together was signed in April 2019, with Ford making a $500 million investment in Rivian to secure the partnership and see off competition from General Motors. The first jointly-developed product would have worn Ford badging and be built on Rivian's "skateboard" platform as used by the outdoor adventure-focused R1T pickup truck. 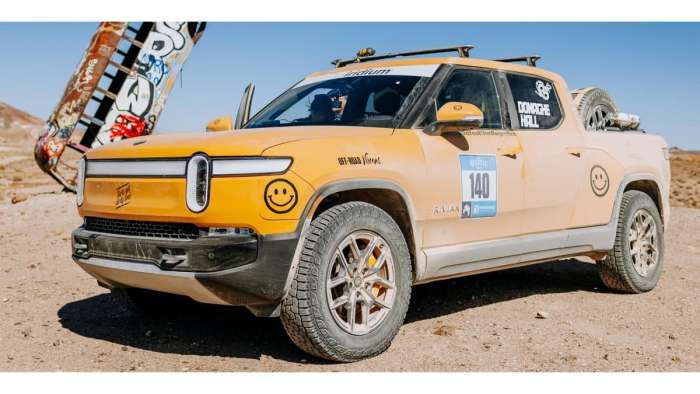 A similar deal was inked with Lincoln and would have used the Rivian R1S SUV platform, but was called off in 2020. Lincoln still intend to bring its own EV SUV to market, and will make use of Ford's platforms instead. It would seem that the scrapping of these latest joint development plans was also influenced by difficulties in getting Rivian's systems to work with Ford's software.

Still On Good Terms
Ford made sure to mention that the cancellation of the joint development plans in no way represent a souring of relations between the companies, telling Car and Driver, "As Ford has scaled its own EV strategy and demand for Rivian vehicles has grown, we’ve mutually decided to focus on our own projects and deliveries. Our relationship with Rivian is an important part of our journey, and Ford remains an investor and ally on our shared path to an electrified future."

Farley stated that Ford has its sights set on becoming a major force in EV production within the next two years. Second only to Tesla, Ford aims to deliver 600,000 electric vehicles each year in markets around the world by the end of 2023. Whether that happens remains to be seen, but Ford is betting they won't need Rivian's help to achieve such a leap.

Images from Ford and Rivian licensed by CC BY 2.0.

DeanMcManis wrote on November 22, 2021 - 2:07pm Permalink
This is actually a good sign for Ford, and won't really hurt Rivian. When Ford bought their share in Rivian, the upper management had foolishly thought that EVs would never be more than a niche market, and that they could outsource all EV parts and products. But with Tesla's success and GM and VW's serious corporate commitment to EVs being a mainstay automotive product, Ford woke up and realized that they had underestimated the EV market potential. The additional good news for Ford is that their investment in Rivian has paid off handsomely. And Rivian, who was virtually unknown before substantial support by Ford and Amazon, are now producing BEV trucks and soon vans, and they no longer need large corporate backing in the same way that they did as an unknown EV startup with no customer sales.

LG's New EV Battery Plant Is a Welcome News for Tesla
Tesla Giga Berlin's New Hurdle: It's Not Only the Gov't, but Now Tesla Itself
END_OF_DOCUMENT_TOKEN_TO_BE_REPLACED