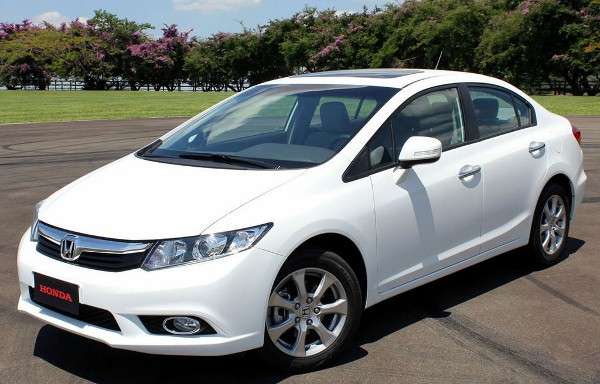 While Honda Accord, CR-V, Element, Pilot and Odyssey made the Insurance Institute For Highway Safety’s "Top 10 Safer Cars for Teen Drivers" list, Civic was left in the dust. Torque News knows why.
Advertisement

We have a problem with the applicable financial viability of placing a teenaged driver in a 2 or 3 year old pre-owned car; they’re expensive. But, the IIHS likes the idea for accident avoidance technology.

In the most recent IIHS assessment of used car safety based on reported incident of accident, offset frontal crash test results and roll-over body structure and impact, 5 pre-owned Honda models with a price tag of under $20,000 made the IIHS top 10.

You can read about it here. Honda Pilot and Odyssey were recognized by the institute as being safer choices for teens in the under $10,000 classification. Unfortunately, we know of very few teenaged drivers actively pursuing shotgun position, much less proud ownership of mom or dad’s pre-owned Odyssey or Honda Pilot. They’re not cool...

The IIHS concluded that motor vehicle crashes are the # 1 cause of death for teenagers.

The Institute expressed with conviction that the majority of used cars in this segment lack accident prevention technology. Honda, a leader in accident and rollover avoidance technology and the specific models listed by the institute, may be the logical safety net for teen drivers.

The entry level compact Honda Civic is the affordable choice of many young adults. Initially affordable( purchase) and easily race modified, Civic is the metric “Tuner” car of choice for todays young driver. While a pre-owned Civic is available in several trim variants, including the Si Coupe and Sedan, prior to 2013, honda did not install accident avoidance or roll over prevention in Civic.

While Civic did score high in frontal and side crash testing, it does not meet the electronic and camera activated frontal and lane drift accident-avoidance criteria of the latest IIHS recognition.

Civic’s a great choice for young adults wishing to drive an affordable, mechanically bullitproof Coupe or Sedan. We believe that training in defensive driving is foremost in operation safety and wish all teen drivers safe passage.

Brandon wrote on December 5, 2015 - 2:34pm Permalink
The reason the Civic was not included on the list was that it is small. The IIHS had found small cars are less protective in a crash and have higher driver death rates. The Pilot and Odyssey are not as cool but are safer than a Civic. While the Civic did well on the frontal offset test, that test is simulating hitting another Civic but if that Civic hit a Pilot, it would not do nearly as well. If a large car gets a good front rating, that means more that a small car getting that rating. The large car has to withstand impact form another large car but the small one only has to do well hitting another small car. If cool factor is important, the IIHS recommends plenty of cool cars including SUVs and even a few used Mercedes under 10k!
Parks McCants wrote on December 7, 2015 - 4:16pm Permalink
Welcome Brandon. This article was written back in 2014, and may or may not pertain today. You've brought up a thought provoking point or two with one exception: We have no choice as to the size of the car or object hit in a collision. The IIHS, does not make this differentiation when testing. Take care.
Brandon wrote on December 7, 2015 - 8:41pm Permalink
Hi. The IIHS crashes cars into a barrier. Hitting a barrier simulates hitting a car of the same weight as your own and traveling at the same speed. When testing the Civic it simulates hitting another Civic but when testing the Pilot it is simulating hitting another Pilot. This is why I said that the bigger car has to withstand a bigger impact. While the IIHS does not crash test car vs car, the test simulates hitting a car of the same weight. You cannot control what car or object you hit, larger cars fare better and if you are smaller than what you collide with, you wont do as well. In general larger cars are safer.
Parks McCants wrote on December 8, 2015 - 12:24pm Permalink
Thanks Brandon. Manufacturer's don't agree with you. However your opinion is well thought out. Take care.