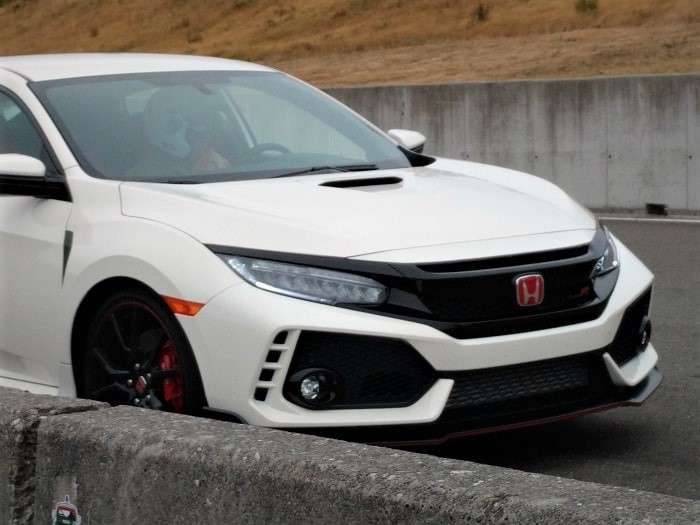 Honda’s Swindon U.K. car assembly plant is home to not only Civic Type-R, but every Honda Civic Hatchback imported to the U.S.. In watching the assembly process, it’s nothing short of amazing that Civic Type-R is as good as it is. Watch Honda Civic Type-R assembled in this real time video.
Advertisement

It’s not everyday that a diehard Honda fan is granted access to Civic Type-R’s production line in Swindon U.K.. But then again, Jason’s not your average Honda fan. 4 or 5 years ago when I first met the most energetic auto brand advocate on planet Earth, I was blown away by how dedicated Jason Richmond, A.K.A. HondaPro Jason is to everything Honda.

Back then the possibility of a Honda Civic variant wearing the Type-R designation was doubtful. But thanks to the persistence of U.S. and Canada based Honda performance fans, the 10th generation Civic Type-R touched down in the U.S.,late Spring of 2017. The first and second production run sold out immediately. Jason had his reservation in early, and subsequently took delivery of one of a first-run U.S. specification Civic Type-R Touring Hatchback.

Two weeks later Torque News experienced Civic Type-R on the track and street, with an extended week behind the wheel touring the Coastal Redwoods of Northern California.

HondaPro Jason witnessed the build of his personal Civic Type-R in Swindon U.K.

The short story: Jason has a handful of hard earned Honda corporate connections, but they didn’t come easy; neither did his access to the Honda Manufacturing U.K. Swindon Plant. Mega automotive plants are generally closed to the public for many reasons, safety being the foremost. Yo Jason, where’s your hard hat? Honda’s Swindon U.K. production line is no exception to limited public access. And frankly, Jason is one of a handful of first-run Type-R buyers to visit Honda’s Swindon U.K. assembly plant.

Civic Type-R production will top out at 5,000 units annually, worldwide

In watching HondaPro Jason’s Video we learn that the total build time for Civic Type-R is 4 hours from the paint booth to drive-off, amazingly! As Civic Type-R rolls down the assembly line, we’re told that an associate has little more than 60 seconds to complete their contribution to the build. In watching the process, I’m just a bit blown away by not only the automated assembly process, but by how few initial quality problems are reported by Civic Type-R owners.