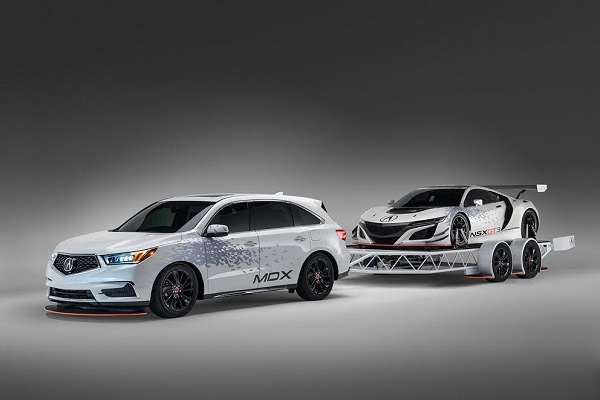 This year Acura racing fans are treated to a trio of over the top high performance eye candy, presented in MDX, NSX and TLX HPD race trim.
Advertisement

For me and other race car driver want to be, 2016 SEMA Show Las Vegas is ground zero for an eye- on preview of Acura’s performance year ahead -- a precision race inspired and track tested trio that will blow a collective mind or two, with a custom car trailer to match. And, in this entourage, we find a viable street application or two..

We got up close and personal with Acura NSX GT-3 car in Carmel, California. At that time it was announced that our friends at RealTime Racing, and Michael Shank Racing will field multiple car teams in Pirelli World Challenge and 2017 IMSA Weathertech SportsCar Championship. Team driver’s will be announced from the Acura stage at 12:
30 pm -- Monday, November 1 in Las Vegas. 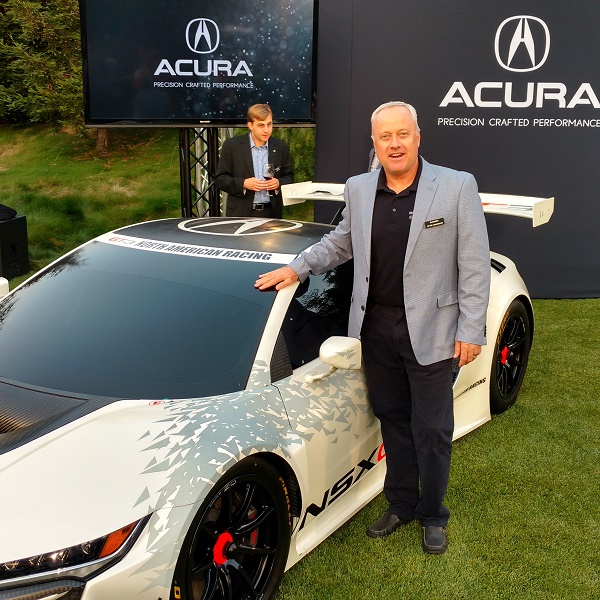 Here’s what Acura tells us

Acura's Precision Crafted Performance and motorsports resurgence will dominate its display at the 2016 SEMA Show in Las Vegas, Nov. 1-4. The Acura NSX GT3 race car, which will make its North American racing debut in 2017, will be featured on an NSX-inspired, custom-fabricated trailer, towed by 2017 Acura MDX wrapped in a matching racing livery. The TLX GT Pirelli World Challenge car inspires.

"SEMA is an opportunity to have some fun with customization concepts, and our approach this year is to showcase Acura's performance direction by literally connecting our GT3 racing program to our production models," said Jon Ikeda, vice president and general manager of Acura.