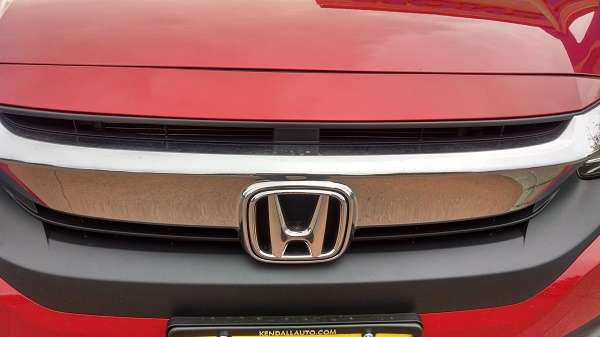 When the Civic Type-R World Car hits the streets of America in 2017, Honda Civic will be the most varied and diverse lineup in company History.
Advertisement

When listening to Honda’s John Mendel read off the list of pending Civic branded offerings, it becomes very clear that the iconic Honda brand has not only been reinvented from the ground up, but when its anticipated dealership roll out is completed sometime in model year 2017, Civic will be one of, if not, the most diverse compact car lines in Honda history. Not such a big gamble really. The Civic Hatchback (Touring) has been on the road in Europe for decades. In Europe the hatchback is used much like a minivan is utilized in the U.S., and often performs pickup truck multitasking duty for work and fun. Will a diesel engine or hybrid variant be offered in North America?

It makes perfect economic sense for Honda to place a European inspired hatchback on the roads of America, hot on the taillights of Ford Focus, Mazda3, Subaru Impreza and other popular hot-hatches found on the road in North America today.

Most American drivers appreciate the utility and versatility of hatchback design, and don’t always require all-wheel-drive; although FWD would be a great edition to the Civic lineup.Taking a look at 2016 Honda Civic Sedan, one can visualize the not so hidden hatchback body-line.

No talks of Si variant for Honda Civic yet

More than one Torque News reader has asked about the missing in action 2016 Civic Si. Digging through our notes from the Los Angeles Auto show, Detroit, and New York, we find no specific mention as to a Civic Si variant, although when asked the question, our contacts at American Honda Motors have not said no! Attending the Los Angeles press introduction of 2016 Honda Civic to the automotive community bordered on life changing, As I grabbed a handful of new-found Civic turbocharged torque, while twisted down the west side of Mulholland Drive to Malibu, my face ached from smiling. The current Si variant produces north of 205 horsepower and 174 ft-lbs torque. The difference is found in how the turbocharged Civic delivers the torque throughout the engine rpm range seamlessly, while achieving a much higher fuel economy, (35 vs 31 average mpg) and a lower emissions rating than the current Si. We’ll see if Honda pumps up the Civic turbo boost for an Si variant, Civic Hybrid, plug in EV, or Type-R

Honda hasn’t shared a date of launch for a near future Civic hybrid, CNG or plug-in electric. However, the 2018 model year has been pinned by Honda for the launch of the next standalone plug in EV. I believe that the next generation “Made in Japan" Accord is in line for that duty, just speculation!

As to Civic Type-R: As reported earlier by Torque News, the next generation Civic Type-R will come across the pond to North America from Surrey England; along with any and all Civic hatchback offerings.

Reportedly front-wheel drive and 6-speed manual transmission shifted, the next generation Civic Type-R will give Ford Focus ST a run for the dollar, with or without all-wheel-drive.

When the hype clears, Honda Civic will present the most diverse lineup in Honda History. Looking to the time-frame, I don’t anticipate any news as to Civic Type-R coming down the pike prior to mid year 2016. However, stay posted for breaking Honda News from the Detroit International Auto show in January.

Tesla Giga Berlin's New Hurdle: It's Not Only the Gov't, but Now Tesla Itself
Teslas Are Sold Out Until 2023, But The Timing May Reverse
END_OF_DOCUMENT_TOKEN_TO_BE_REPLACED