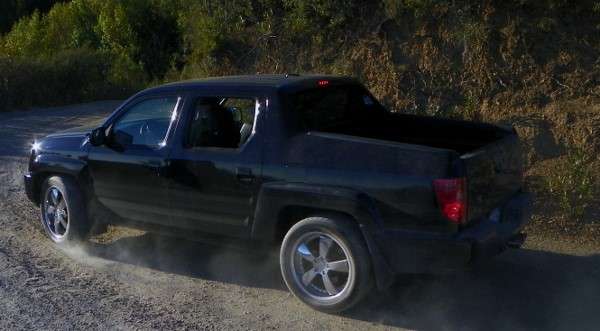 With Honda’s expansion of its Ohio based engine facility to manufacture EarthDreams ™ turbo engines, speculation as to a possible turbo-diesel option for Ridgeline has surfaced. Just rumors?
Advertisement

Honda’s release date for the next generation Ridgeline pickup is slated for sometime in 2016. As Ridgeline sits in development, the competition is making unprecedented headway in pickup truck design, fuel economy and safety technology; many turning to diesel engine propulsion. At the forefront of the pickup truck evolution, revolution is Dodge, Ford and Toyota, not necessarily in that order.

As small Ford truck fans call for the return of Ranger, Ford responds with the creation of a full size, ½ ton F150 with highway fuel economy approaching 24 mpg; just to have Dodge Ram blow the doors off the competition with an Eco-diesel powered counterpart claiming the highway fuel economy of many mid size passenger sedans. Nissan and Toyota have also turned to a diesel fueled engine option. Are these manufacturer’s simply answering to market demand, or do they know something about future fuel supplies that we don’t know?

Diesel fuel factoids: North America exports more refined diesel fuel than any other nation in the world. The surplus of gasoline and oil distillates are at a decade high as consumers drive more fuel efficient vehicles. Every diesel fuel distillery(refinery)on the Gulf Coast of the U.S. has expanded refining capacity in the last year or so. On any given day these mega refineries can process 600,000 barrels of low sulfur diesel fuel, most for export to Europe and South America.

We believe that light truck manufacturers are shifting to clean diesel technology for the following reasons.

The pump price of diesel in much of the U.S. is nearing a 10 year low, and is expected to remain relatively inexpensive for years to come.

We like diesel engines because of their inherent across the rpm range high torque, exceptional fuel economy and longevity. Once non-compliant as to EPA and CARB air quality exhaust emissions standards. Today’s clean burning diesel engine technology often meets or surpasses comparably sized and equipped gasoline engine pickup trucks and SUVs in emissions testing; so, why not apply diesel technology to Honda Ridgeline?

Looking to the competition, Honda Ridgeline may or may not come off the production line in 2016.

Apples to Oranges, The Pilot, Odyssey based unit-body Ridgeline is a class unto itself. Think of the Chevy El Camino and Ford Ranchero of yester-year. Or the G.M. Escalade. Honda Ridgeline is a Car-Truck with Honda underpinnings. It does not compete with the small, midsize or full size truck segment. It’s a sports-car truck with off-road tendencies.

Assuming that the next generation Honda Ridgeline comes off the production line in the same weight and dimension/classification as Honda Pilot, Honda will not require diesel engine technology to increase power and fuel efficiency in Ridgeline. Unless Ohio is tooling up for domestic diesel engine production, 2016 Honda Ridgeline will be standard equipped with a turbocharged EarthDreams 4 cylinder engine. We believe that a V6 or a gasoline/electric, CVT, SH-AWD variant will be offered as an option.