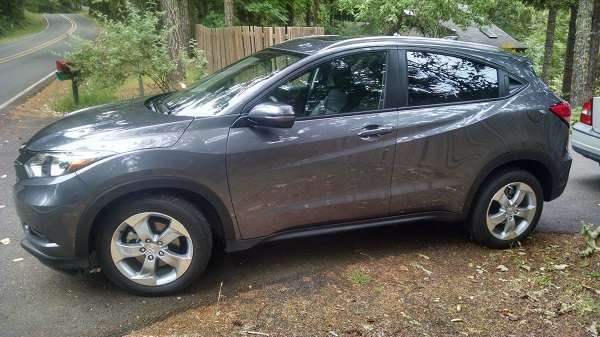 As they say: “The market has spoken,” taking American Honda Motors portal market SUV and crossovers to a record June with a surprise or two.
Advertisement

Several years in the making, and yet a short 24 months into the implementation and execution of a ground up reinvention of this “Made in America” tech-driven, precision-motor-icon, Jeff Conrad and team Honda continue to gain new ground as a mostly “Made in America” automotive brand.

When Torque News looks to the present lineup, it’s not unusual these days to read a Honda specification sheet primarily composed of “Made in America” or North American resourced parts.

At the top of American Honda’s June sales report sits the 2015 CR-V SUV, 2015 Fit, and the new to market HR-V crossover; all entry level or portal vehicles to the Honda lineup. We find it interesting that Honda is finding great success at its foundation; affordable, fun to drive subcompact and compact cars and light trucks.

As the best selling SUV in North America retains its # 1 spot, Fit and CR-V displace Honda Civic sales in a bid to dominate the subcompact 5 door hatchback segment. Honda light trucks gained 18% in June, (month over month) lead by Honda CR-V, the all new 2016 Pilot and Honda’s benchmark Odyssey minivan; with a surprise or two coming in from the Acura Division.

Say what you will, I’ve driven all of Honda’s current market offerings. They all have several attributes in common, segment topping fuel economy, exceptional power to weight ratio, and state of the art active safety features, to name a handful.

2015 finds Honda in the midst of reinventing its entire lineup. At the forefront of that reinvention sits CR-V, Fit, and 2016 HR-V crossover. You may read our latest 2016 HR-V drive review here.

However, if Torque News were to single out one outstanding attribute that separates the Honda lineup from the competition’s offerings, it would be “Standard feature value.”

Honda division vice president and general manager Jim Conrad puts it this way:"With the introduction of the 2016 Pilot late last month, our SUV lineup is the strongest it has ever been, and it was already in very good shape," said Jeff Conrad, Honda Division senior vice president and general manager. "The next several months will be exciting as we begin to renew and expand our car lineup."

For June, a record month for Acura sedan sales, and a 1% + positive month for American Honda Motors, one would be hard pressed to find a greater standard feature packed offering than Honda Fit in any trim variant. With 2016 Honda fit due to arrive at select Honda dealerships today, the upward sales momentum of Honda’s next best seller continues.

With 1662 units sold in June, this pocket rocket sees an increase of 79.1% in sales as the public welcomes Acura back to the attainable compact performance sedan segment. You may catch our latest ILX drive review here.

The other shining star in Acura’s lineup for June is the design refreshed and mildly upgraded 2016 2-row RDX performance SUV. We’ve driven it, we like it; so do the 25,700 Acura fans that have purchased RDX in 2015. Catch our latest RDX drive review here.

With Acura sports sedans bucking the extended SUV crossover buying trend in North America, we look forward to Acura’s continued success as a growing “Made in America,” brand. On the Honda front, with the arrival of HR-V, 2016 Pilot and the much anticipated summer arrival of a substantially refreshed Accord, we predict that Honda will continue to grow its North America market share, Honda style.