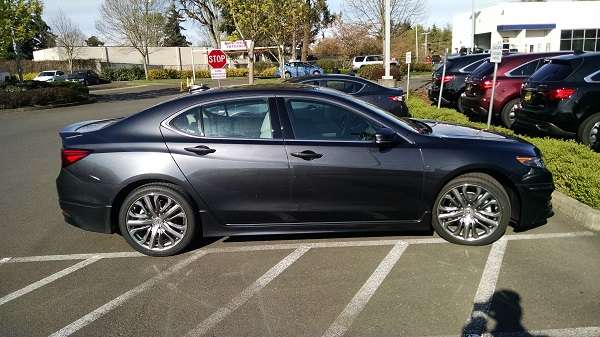 As they say: “The market has spoken,” taking American Honda Motors built SUV and crossovers to a record June with a surprise or two.
Advertisement

We’ve driven through some tough times with Acura. Anyone that’s followed the American Acura brand has experienced a bump or two on the road to reinvention. Always a measurable performer, Acura has crossed back over the line into reliable, financially attainable performance car territory.

Several years in the making, and yet a short 24 months into the implementation and execution of a ground up reinvention of this “Made in America” tech-driven, precision-motor-icon, Mike Accavitti and team Acura just earned 1st place in the June marathon race that is American automotive manufacturing, promotion and dealership sales.

Say what you will, we’ve driven all of Acura’s current market offerings. All Acura cars and light trucks share several common attributes: Segment topping fuel economy, exceptional power to weight ratio, and state of the art active safety features, to name but a few.

However, if Torque News were to single out one outstanding attribute that separates the Acura lineup from the competition’s offerings--it would be “Standard feature value,” greater value for fewer dollars spent. A sense of consumer confidence in built-in quality and precision based dependability sets the stage for Acura's success story.

For June, a record month for Acura sedan sales, one would be hard pressed to find a greater standard feature packed offering than TLX in any trim variant. The same holds true for the refreshed 2016 ILX compact sports sedan. TLX performs like no other under $50,000 premium sports sedan on the market today.

With 1662 units sold in June, this pocket rocket sees an increase of 79.1% in sales as the public welcomes Acura back to the attainable compact performance sedan segment.

The other shining star in the Acura lineup for June is the substantially refreshed and mildly upgraded 2016 2-row RDX performance SUV. We’ve driven it, we like it. So do the 25,700 Acura fans that have purchased RDX in 2015.

With Acura sports sedans bucking the extended SUV crossover buying trend in North America, we look forward to Acura’s continued success as a growing “Made in America” automotive brand. Up next 2016 Acura NSX, can’t wait!

Arlen Forsstrom wrote on July 2, 2015 - 8:09am Permalink
As a proud owner of a 2016 ILX ASpec, I couldn't agree more with this article. I'm a passionate enthusiast for the feel, quality, reliability and class leading features the mid 90's Acura and Honda vehicles offered for their time. For the first time in over 10 years it feels like Acura has brought back what the market really wants and is delivering on all cylinders. It might take another year or two to persuade some of the harsher critics out there, but I really believe (as an enthusiast for what Honda/Acura used to represent) that Acura is back on track for a second rennisanse. They just need to keep the momentum going and use their new NSX to act as the Halo car that the original NSX and Integra provided from years past. All while continuing to be a class leader in precision, affordability, innovative technology, and as always; keeping that amazing Honda/Acura feel to their driving experience. More power to them, we all miss you Acura, welcome back to the main stage
Parks McCants wrote on July 9, 2015 - 12:49am Permalink
Well stated Arlen. Enjoy your ILX A-SPEC, a fun, reliable E-Ticket ride. Take care and thanks for your thougt provoking comment.