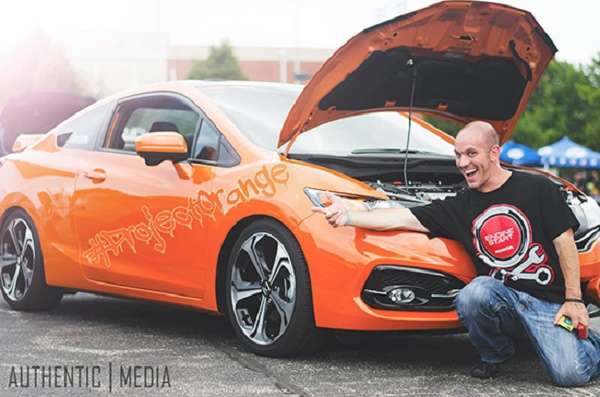 American Honda Motors will not market a Civic Si available in any variant for 2016. Here’s why.
Advertisement

With the all new 10th generation 2016 Civic Sedan pushing Civic sales to near record levels, North American Civic fans embrace the most technically advanced, European design inspired Civic in the history of the mark, with the first Civic to be turbocharged in the U.S. selling faster than the maker can deliver them, and that’s just the sedan.

We attended the world-premier of the 2016 Honda Civic Coupe in Los Angeles. Some love the future forward design, others? Well you know, that’s a matter of personal opinion. Torque News will grab a handful of turbocharged coupe in February with dealership arrival expected in early March 2016. However, there will not be an Civic Si option until sometime in 2017.

The reason for the torque differential between the current Si and the 2016 Civic world-car is how the 1.5 Liter turbocharged gasoline engine delivers torque from 1800 rpm throughout the shift range, in this case Via CVT transmission and FWD. But that’s not why Honda is holding off on Si production.

According to Jason: The future Si will (of course) be 6-speed manual shifted, and most likely a turbocharged 2.0 liter. Simply speculation? Doubt it, Jason’s in the know. In a world according to HondaPro Jason

Torque news friend HondaPro Jason is at it again with a first time live podcast from his personal 2014 Civic Si. Jason’s Si is bumped a bit with supercharging. He’s spent some seat time in the 2016 Civic Touring, and tells us that the Civic Touring is “quicker” than the current 9th generation Si. Jason owns one of the quickest Civic Si coupes in Chicago Land, we’ll take his word for it.

Now, back to the story

It’s a matter of production staging on a worldwide-basis. As promised earlier by Honda’s John Mendel, North American Honda sport-enthusiasts will have the opportunity to not only purchase a made for North America Civic hatchback, but the longed for Civic Type-R. According HondaPro Jason, Canada and The U.S. will witness the arrival of the built in Swindon, U.K. Civic Hatchback and Civic Type-R sometime in 2017.

looking to the timeline, I believe the Civic hatchback will arrive in the spring of 2017. As to an Si variant, it should follow at that time, be powered by a detuned 2.0 liter turbocharged gasoline engine, to produce 220 horsepower or so.’ Sounds good to us Jason.

* Our thanks to Jason Richmond of "The HondaPro Jason Show" for photo and opinion/commentary attributions.

Kurt wrote on December 20, 2015 - 1:03am Permalink
It's funny how much Jason claims to know and how much he actually doesn't.
Parks McCants wrote on December 20, 2015 - 7:21pm Permalink
Welcome Kurt. Opinion...
James wrote on December 21, 2015 - 4:34pm Permalink
See. I suggested to you that there was something fishy about a 2016 SI coming along when Honda had refused to announce or mention it. You assured me I was wrong, Twice.
Parks McCants wrote on December 21, 2015 - 4:54pm Permalink
What's "fishy" about it James? Honda still hasn't announced a release date for a Civic Si. This is simply Jason's opinion. Honda is rolling out a 2016 Civic lineup of unprecedented variant. And, carefully monitoring 2015 Civic dealer inventory as they do so. It's sim[ply business as usual. Take care.
Gui wrote on January 3, 2016 - 6:34pm Permalink
Please don't write an article based on someone opinion. Thank you.
Parks McCants wrote on January 4, 2016 - 12:09pm Permalink
Noted Gui, However, most automotive based journalism is written based on opinion. Mine, or a qualified source, which Jason is. do you have some information regarding Civic Si? Thank you.
HondaProJake wrote on February 4, 2016 - 2:35pm Permalink
> do you have some information regarding Civic Si? Thank you Why yes, I do. 2016 model, announced at Geneva, and going on sale in late spring, early summer 2016. 2.0 turbo, expect around 270 hp, SI-only wheels package offered, only in a manual (plans are in place for an automatic in later model years), more SI-only options: spoilers and lips available, larger exhaust with chrome finish, special shifter, seat options, interior trim. MSRP below $25k
Paul wrote on June 9, 2016 - 1:25am Permalink
Funny, the Honda website does not have an SI model (@ June '16) .. you would expect that by now it would have shown up .. So in your opinion it is due in Mid 2016 ... right?? Maybe if I hold my breath till 2017 ... (Sarcasm)
Parks McCants wrote on June 9, 2016 - 6:01pm Permalink
Welcome Paul. Honda has not stated a market release date for an Si variant. We'll keep you posted as news develops.
Cassidy wrote on January 13, 2016 - 8:26pm Permalink
Thanks for keeping us informed as always ! Ignore the negative comments, people love to complain online for some reason.
Parks McCants wrote on January 14, 2016 - 12:15pm Permalink
Welcome Cassidy. Thank you for reading. Sending you best wishes for safe and trouble free driving.
RC wrote on January 18, 2016 - 11:01am Permalink
"2016 turbocharged Civic Touring quicker than current Civic Si" Do you have any hard evidence to support that?
Parks McCants wrote on January 19, 2016 - 11:11am Permalink
Welcome RC. The statement is made by Hondapro Jason. He's the owner of "Project Orange," a supercharged 300 horsepower Civic Si. You'd have to ask him for(hard) evidence. As to the 2016 Civic Touring. I've driven one to double zeros. It's pretty damn quick due to the torque curve of the 1.5 liter turbocharged Earth Dreams engine. There is no lag! Shoot on down to your Honda dealer and drive one.
Mello wrote on February 3, 2016 - 12:04am Permalink
So a guy with a supercharged honda civic is considered "in the know" with honda's marketting plans? That doesnt sound like a credible source. He is right, dont make articles based on speculation. It is nothing more than a guess. You are better than that and in my opinion a waste of time.
Parks McCants wrote on February 3, 2016 - 11:07am Permalink
Good morning Melio. We're in San Diego today with Honda. You may quote me: " There are no plans to introduce a Civic Si prior to the launch of the Civic 5-door hatchback. We'll see the hatchback later in 2016. Si? Doubtful. I'll keep you posted. No worries.
Chris P wrote on February 6, 2016 - 6:44pm Permalink
UK Hondas are built in SWINDON.
Parks McCants wrote on February 7, 2016 - 1:23pm Permalink
Thank you Chris. My bad! as the kids say. Best wishes and safe driving.
Frank wrote on February 27, 2016 - 8:14am Permalink
I'm beginning to think the Si is on its way out. With the introduction of the 1.8 turbo, the introduction of the Type R, and the fact that Honda has not announced any news about a new Si.
Parks McCants wrote on February 29, 2016 - 11:42am Permalink
Good day Frank. Honda has committed to a Civic Si variant for the spring of 2017. We'll see if they come through with it!
Doretha wrote on July 2, 2022 - 5:26am Permalink
Heya i am for the first time here. I found this board and I find It truly useful & it helped me out much. I hope to give something back and aid others like you aided me. aid ukraine