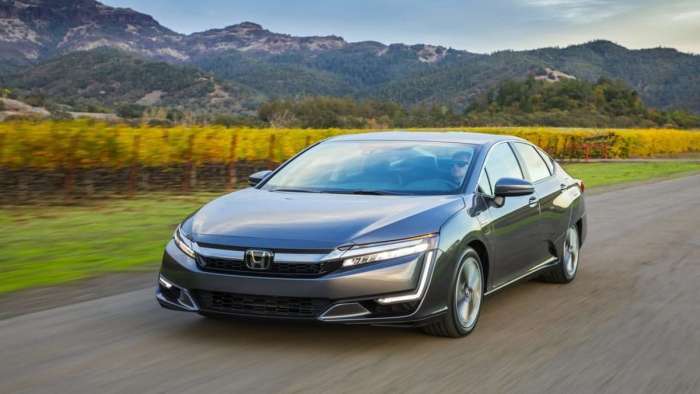 In the automotive world, “electrified” can and does mean several things. Honda, a leader in electrification brought the first mass marketed mild hybrid car to U.S. markets in 1998 with the reveal of the near micro sized 2-seat Honda Insight Hatchback.

With the advent of Toyota Prius, a much larger 4-place mild hybrid, Honda Insight sales subsided, signaling the temporary hiatus at Honda in the slow march forward to auto industry-wide electrification of personal cars and light trucks.

For the past decade, I and other auto journalists have reported on the slow but sure transition of the automotive industry to electric. Well, sort of. Unfortunately, the great recession took a huge bite out of the inevitable transition from internal combustion engines to plug in or hybrid gasoline electric cars and light trucks.

Back in 1999, Chevrolet presented a mild hybrid half ton pickup truck, it disappeared with the original G.M., the first mega-manufacturer to embrace electrification. The hook for buyers back in the day, as it is today for most electrification buyers, is fuel economy. Today however, car builders look to electric for combined increases in torque and sprint speeds.

As we fast forward to February 2019, American Honda Motor Company and Acura Division posts a 170.5% increase in electrified vehicles sales over February 2018. Although a mere 4% in overall car and truck sales for the month, we note true momentum in hybrid sales despite cheap plentiful gasoline and factory incentives placed on conventional gasoline powered vehicles.

Honda looks to electrification for greater combined horsepower and torque

Today we find every major, and several smaller car brands offering electrification, in one form or another. Me, I’ve been spoiled. Driving every electric car from the original 1999 Honda Insight, the 580 horsepower, all wheel drive Acura NSX Sport Hybrid, to the off the hook Lexus LC500H Super Coupe.

Honda may not have been the first maker to experiment, develop, and market hybrid and plug-in electric vehicles.Yet, they’ve been very persistent in bringing the vision of “Blue Skies For Our Children” to fruition.

Today driving through Eugene, Oregon, I sight several Honda Clarity on the road -- in my opinion one of if not the finest mainstream electric car trios on the road today. Read my original Honda Clarity review here. Yes, we have a redesigned Insight 4 door sedan -- an exceptional drive and ride experience for the money.

On the truck side of Acura, MDX can be had in a hybrid offering, and remains the top selling luxury SUV in America. No small feat considering the formidable competition. I enjoy driving 2019 Acura MDX Sport Hybrid.

Once again we see Honda’s plug-in electric Urbane Concept Pod being shown in Geneva. Will it make it to North American Honda Showrooms? Only time will tell. But with Honda showing an uptick in February sales of 175%, don’t be surprised if corporate pulls the manufacturing trigger on this one. After all, the public has spoken, Electric is the wave of the future. Will your next new car or light truck be electrified?