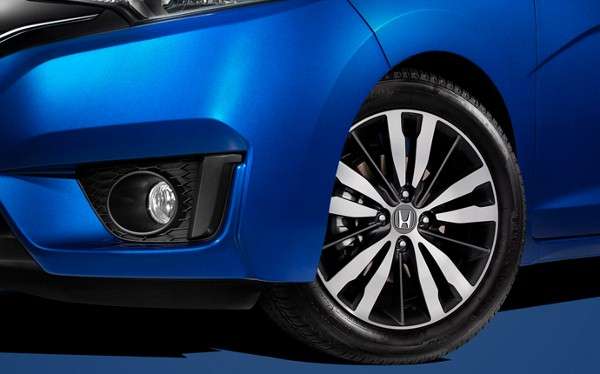 As emails from San Francisco Bay Honda fans flooded our inbox Wednesday Morning, we were assured by more than one happy 2015 Fit Buyer that the all new Fit was available in Auburn, Berkeley, El-Cerrito and San Francisco, California.

While yesterdays' article penned about the 2015 Fit was being responded to by Torque News readers, I didn’t have the heart to inform them that the Pacific Northwest doesn’t extend as far south as San Francisco. And certainly can’t be included in the Auburn foothills of the southeastern Sierra Mountain range.

None the less, it was reassuring to us that the tardy 2015 Honda Fit had been sighted in the Bay Area. Our congratulations to reader Ryan. He bought a Silver EX-L yesterday, we hope to read about his ownership experience soon.

The bottom line: If you want a 2015 Honda Fit, get in line, it will be a few weeks before Honda comes up to production speed in Celaya, Mexico. We’re excited about the totally redesigned Fit. So is Portland, Oregon’s Ron Tonkin Honda. Ron Tonkin is the largest Honda dealership in the Portland Metro Area.With only two 2013 Honda Fits remaining in stock, General Sales Manager Patrick Spencer looks forward to taking delivery of the 2015 Fit.

Here's the hook. According to Patrick, Tonkin will receive only one 2015 Fit on Friday the 13th. The following week they will receive 1 more. A teaser as you will in the world of automotive marketing.

This may perhaps be a brilliant move on behalf of American Honda. The most anticipated sub-compact car in Honda history will trickle in one car at a time for the first 2 weeks. After that? who knows, Honda’s not saying.

Today we spoke with our contact at Kendall Auto Group, the 9th largest in the nation and Western Oregon’s largest Honda dealership. Paul doesn't know when they’ll receive their first 2015 Fit. He’s excited about the new car and shares with us that he has no problem selling the Fit in Eugene, Or. With eighteen 2013 Fits in stock, Kendell may be the ticket for those looking for a discount deal on a new Fit.

Once again as stated Tuesday, We believe that the 2015 Fit is being staged by American Honda to dominate the North American sub-compact hatchback segment.

Greater interior space, more power and handling performance and a favorable price-point adds up to an exceptional value in a tech-rich, fun to drive, low maintenance and high resale residual 5 door Hatch.
We’ll keep you posted as the story develops