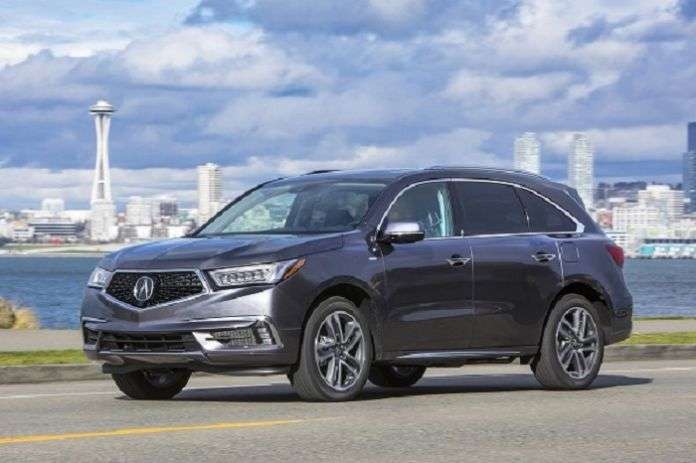 5 Improvements Acura Owners Want in the Near Future

By all measures, Acura builds an exceptional car and light truck for the money. However, with the accelerated evolution of the automobile comes heightened consumer anticipation as to what a premium car brand should be. Acura’s on it!
Advertisement

As good as the Acura lineup is, there remains a handful of features in need of improvement.

I must default to Edmunds Auto and Consumer Reports as a qualified source of consumer feedback for this article. Here at Torque News, we do have an ongoing Acura TLX Owners Forum, specific to the early-on electric parking brake, and 9-speed transmission glitches.

Back in late 2015, those were the 2 major early production glitches noted by a handful of TLX owners. Time and two minor recalls took car of the early faults. Acura TLX remains one of the least recalled automobiles in Acura history. What features need improvement today?

In reading through Edmunds 2017 Acura MDX consumer ratings, we discover an overall dislike, bordering on acceptance for some, of the split screen center stack command center. In speaking with Acura Engineering, there’s plenty of well-supported reasoning behind this design.

While I’ve grown accustomed to the dial-controlled top navigation screen, the navigation software program remains clumsy and somewhat unresponsive to manual manipulation and voice command. While this has been improved a bit for 2018, I’ve yet to discover the ease of voice recognition in any Acura, including the stunningly good-looking 2018 Acura RLX.

Yes, Acura will transition to a next generation Precision Concept Car inspired single-screen interface, with expanded i-MID beginning with the 2019 Acura RDX. I anticipate all Acura electronics to updated in the near term -- with the eventual integration of Garmin based navigation as found in this car.

In reading 2017 MDX owner feedback, despite a measurable upgrade in MDX cabin fit and finish, there remains a general consensus that Acura seats remain a tad stiff, uncomfortable is you will. From my own experience with the brand, I find that Acura has made measurable improvements in ride, and subsequent seat comfort. However, when consumers look to Acura these days, the historically correct Acura sport-like-ride, and chiropractic-calling stiff seat, must give way to the ergonomic comfort of the likes of Volvo XC90. Damn the dollar difference, Acura owners expect premium quality.

Here’s the thing: After 3 model years, all of the bugs should be sorted out of the originally problematic ZF 9 speed transmission. And, for the greater part, they have been. Yet, in reading comments from MDX owners, a handful (still) report “jerkiness” and stutter-stops from their otherwise exceptional SUV. In the worse case scenario, a handful of MDX transmissions are reportedly out of commission with under 4,000 miles driven.

In speaking with my local Acura Dealership service department, this is an extremely rare occurrence. With Honda now producing a proprietary 10 speed automatic, 8-speed DCT, and 7-speed DCT as found in the 2018 Acura Sport Hybrid, I anticipate a transmission change out for MDX and TLX in 2019. We’ll see where it goes.

Granted, Acura’s active dampened suspension offers one of the best overall handlings and ride characteristics found in the premium midsize car and SUV segment. However, although returning Acura owners expect a certain amount of 'ridgid' from their car or light truck, those new to the brand, and perhaps a little longer in the tooth, find MDX to be a bit stiff in ride dynamic.

Perhaps Acura engineering could take a lead from Honda Pilot, or the all-new 2018 Accord, as to a reasonably handling, bordering on soft ride dynamic. I suspect that Acura buyers would pay a reasonable premium for electronically adjustable suspension ride dynamics.