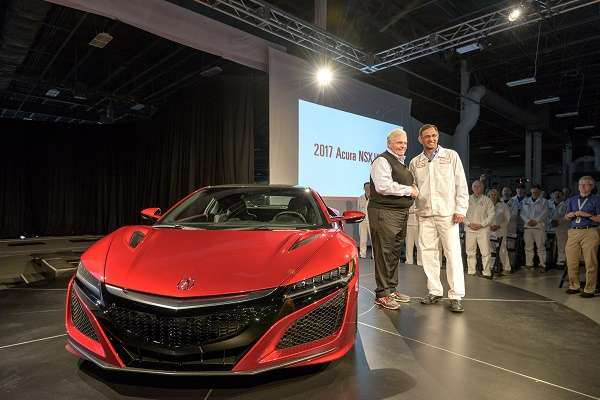 Tuesday May 24, 2016 marks the day that Rick Hendrick of NASCAR fame, took factory delivery of the first production 2017 Acura Vin # 001 -- the ONLY supercar made in America.
Advertisement

Years in the making, and millions of dollars invested in development, production facility and inevitable production, the first serial production 2017 Acura NSX Hybrid Supercar is delivered to a very proud Rick Hendrick.

Mr. Hendrick's charity auction bid of $1.2 million, is the highest dollar amount ever paid for an initial (new) factory production offering, and the most paid to date for an Acura.

What this means for want-to-be 2017 NSX owners

Basically Hendrick’s delivery marks the start of 2nd generation 2017 Acura NSX production -- the first since last generation production ceased back in 2004, with the final 2005 NSX sold in the fall of that year. To say that demand for the reinvented Acura NSX is just a bit “pent up,” is an understatement. NSX fans love NSX-- it’s that simple. 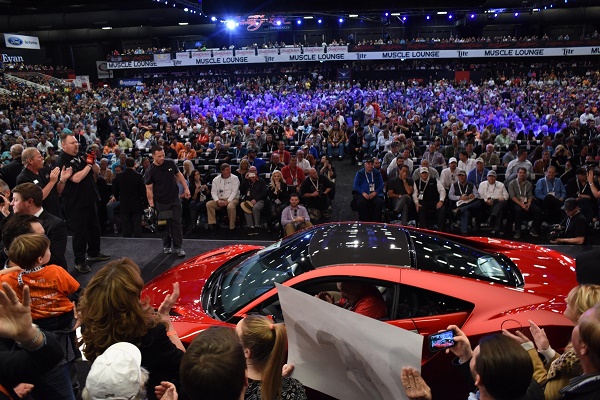 While Acura engineering has done a very commendable job of preserving the “spirit” of NSX, most noticeable in the interior layout, what rolls off the mostly hand assembled, hand trollied Honda Precision Manufacturing Center in Marysville, Ohio, is at best, a very distant cousin to the original NSX.

A life changer for me

I was afforded the opportunity to tour PMC, and was blown away by the mix of high efficiency automotive manufacturing-standards meets “ take your time and do it right,” hand built auto artisan craftsmanship. And then, I was permitted to drive 2017 Acura NSX, on a track and then on the street.

According to Acura, first year production will be limited to 800 units worldwide. As with the Ford GT, my guess is that Acura NSX is sold out for 2016 -- I could be wrong. Play with Acura’s build tool here.