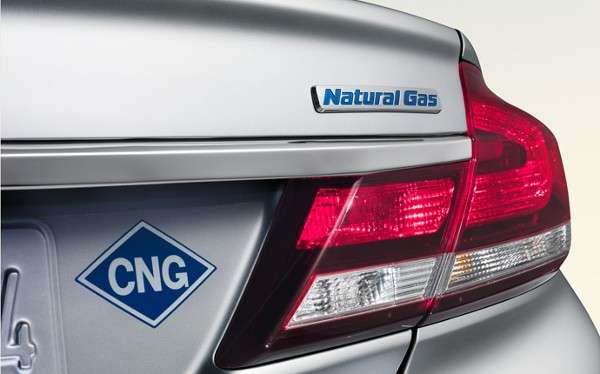 As announced Monday by our friends at Honda, California buyers of the 2014 Civic Natural Gas will now receive a direct state-provided purchase credit through the dealership at time of retail delivery. California will give you a $1,000 instant credit towards the purchase of the near-zero emissions 2014 CIvic Natural Gas.

There isn’t one the deal just gets better: California leads the nation with alternative fueled vehicle tax credits, single occupant access to L.A. area high occupancy carpool and (HOT) lanes. With the 2014 Civic NG you have a ticket to ride.

Although the Civic Natural Gas is available in several western states, the incentive will be extended to California only, due to an existing refueling network and heightened demand. Today, California has 150 CNG fueling stations located throughout the state, with Los Angeles and Sacramento claiming the largest refueling networks.

For anyone familiar with the Los Angeles Metro traffic bog, this latest incentive is a measurable enticement to purchase the Civic NG. You can read what we like about the Civic NG here. Originally intended as a fleet vehicle, (publicly owned utility and metro transit districts predominate buyers) the buying public is now taking an interest in clean burning CNG.

The state of California remains the #1 proponent in North America of alternative fuel, hybrid and EV personal transportation.

Governor Jerry Brown and company have their collective sights set on zero auto exhaust emissions by 2022. We believe that clean burning NG is a step in the right direction. California has partnered with Honda on the development of “smart house” communities, FCEV facilitation and promotion through the expansion of nitrogen fueling stations and now CNG.

Earlier in the year we reported on the benefits of the 2014 Civic Natural Gas. Reader response was positive bordering on giddy. We were fortunate enough to read from a major supplier of compressed natural gas in California, Oregon and Washington state. He was bullish on the relatively low cost of clean burning natural gas and Honda’s plans for promoting the Civic Natural Gas.

According to the petroleum industry, Natural Gas is the most plentiful fossil fuel derivative on the planet. We’ve run it in company trucks and forklifts for decades. Because of its low carbon content, CNG burns cleaner, leaves less residue on engine valves, pistons and rings, while providing a longer service cycle.

Is the 2014 Civic NG a tire burner? No, but it does provide trouble free commuting and the bullet -prove mechanical reliability of a CNG specified “Earth Dreams” i-VTEC 4 cylinder with CVC transmission.

2014 Civic Natural Gas has a beginning msrp of $26,640, making it the most expensive Civic variant.

Bottom line: With a stated combined mpg of 31 and an estimated 40% fuel cost savings,(CNG compared to gasoline) a longer maintenance cycle and longer engine life, the 2014 Civic Natural Gas may be your answer for environmentally low impact commuting. We believe that this car will pay for itself in the long run through shorter commute times and lower cost of ownership.

We hope to see a CNG/EV hybrid in the not too distant future. How about it Honda?