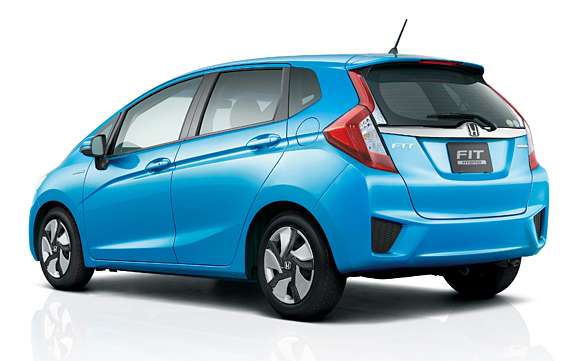 Takata is not Honda Motor Company. None the less, the possibility of Takata airbag failure or mishap has resulted in no less than 6 million Honda cars and light trucks being recalled to date, and has tarnished Honda’s exceptional reputation for quality and safety.
Advertisement

Honda has a public relations problem

Thursday news tells us that Honda Motors CEO Takanobu Ito and several corporate executives will take a 20% cut in pay(3 months) in honorable acknowledgement of responsibility for Fit Hybrid production and quality related recalls in Japan.This is a generally accepted practice in Japanese business. Honda does not import Fit Hybrid to North America.

Honda Motors has experienced an unprecedented recall of the Hybrid Fit in Japan and higher corporate Executives are taking responsibility for quality control problems surfacing in Honda plants worldwide. While we haven't witnessed this rash of Fit recall in North America,(no hybrid) sales release of the 2015 Fit was stalled for several weeks as Honda’s newest North American assembly plant came online in Celaya Mexico.

We’ve driven all variants of the redesigned “EarthDreams” 2015 Fit and found it to be the exception in a segment of cheaply finished underpowered subcompacts. Fit sales were up 60%+ in September, we expect the trend to continue.

Looking to Honda’s latest news release it’s doubtful. With a newly positioned “Quality Zarr” appointed to worldwide operations this week, Honda officials state that the HR-V release will be pushed out to Winter 2015.

We’ve been looking for delivery of the Japan built Acura RLX Sport-Hybrid, it’s nowhere in site. The Acura ILX Hybrid is no longer imported to North America. The built in Japan Honda Insight is no longer imported to North America. looking to the computer control related CTV problems with Japan’s Fit variant, clutch noise and Hybrid development delays for RLX and NSX, one might ascertain that Honda is experiencing an R&D growing pain problem or two in multiple electric motor, gasoline engine hybrid integration; these are complicated systems.You won't find hybrid technology in Acura TLX.

Honda spokeswomen Akimi Ando: “We have inconvenienced many customers and are very sorry."

Angela Lee wrote on October 30, 2014 - 1:08pm Permalink
I have been trying to buy a yellow 2015 Honda Fit with automatic transmission, either an EX-L or an EX - there are so few that have been delivered, it seems, around the U.S. that if your particular dealer doesn't have one then other dealerships in other states don't seem inclined to trade one....so the wait goes on.....
Parks McCants wrote on October 30, 2014 - 1:52pm Permalink
Good morning Angela. Honda is implementing a second production shift dedicated to Fit production. I hope your wait is not too long. Take care.